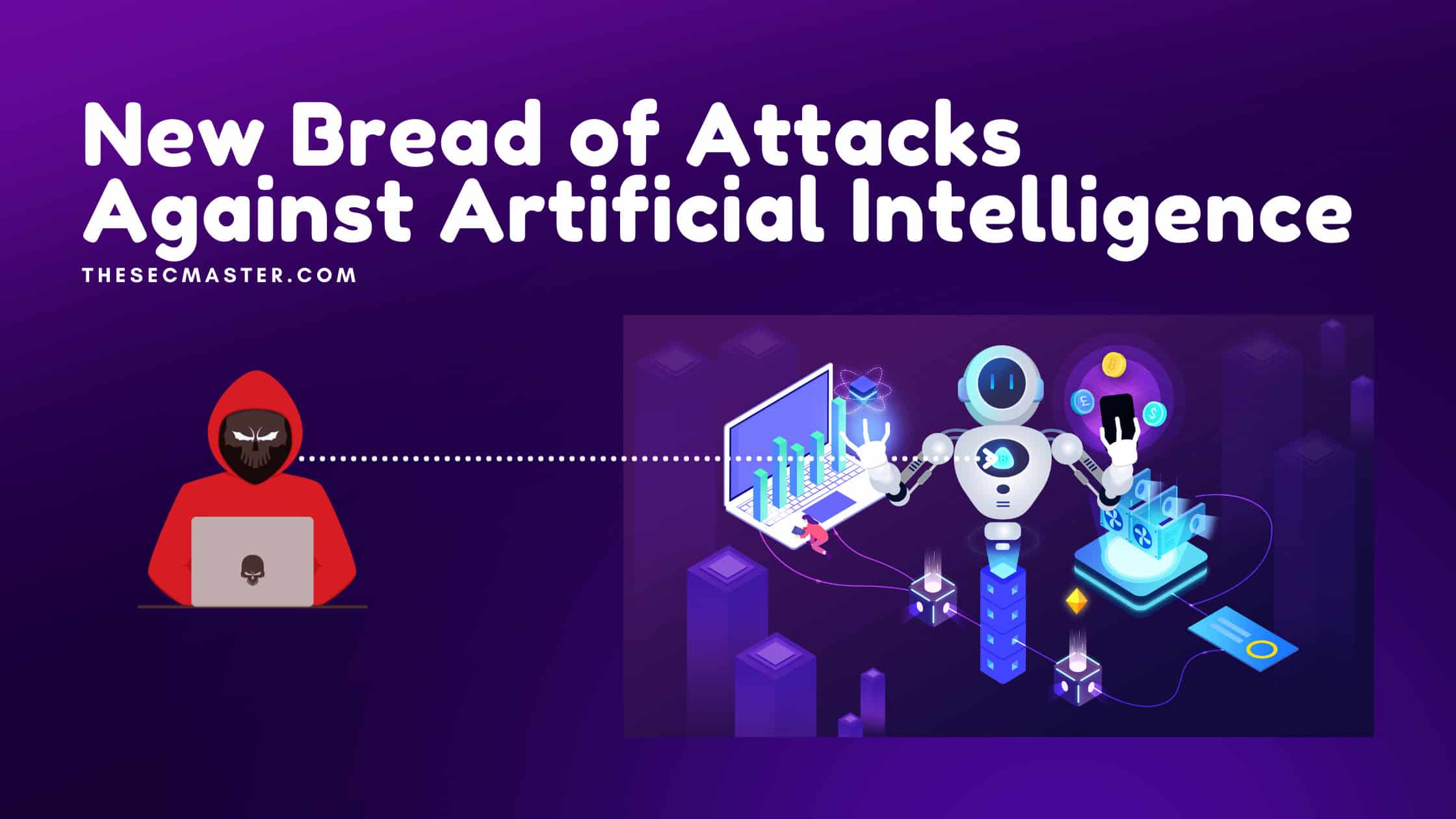 Learn About The New Bread Of Attacks Against Artificial Intelligence

What Is Artificial Intelligence?

All living creatures in the universe exhibit some signs of intelligence. All of them will acquire and store some sort of knowledge. They take cues from their surrounding environment using their sensory organs such as eyes and ears. And, based on our collective learning, they learn to make rational decisions. This is known as natural intelligence.

The Attack Against Your Artificial Intelligence Implementation:

After you read our post in which we have described “how can AI help cybersecurity in solving complex security problems,” you might think that Artificial intelligence is a robust and ultimate solution for all the complex problems. If you think in this way, you are absolutely correct. But, there are some pits (Attacks against Artificial intelligence) that you should learn.

Even if your Artificial intelligence implementation is rock solid, your AI system, which helps to secure your organization is itself is vulnerable to many attacks. We are not referring the attacks which are commonly seen on the web, such as denial of service, buffer overflow, man in the middle, or phishing attacks. We are referring to a whole new breed of attacks just work against AI agents, machine learning algorithms, learning models, and the complete Artificial intelligence implementations.

You had created a whole new type of attack surface when you created a new system based on Artificial intelligence. Along with this, you have opened new ways of exploitation yourselves. To understand these new attacks against Artificial intelligence, you should understand the CIA framework (Confidentiality, Integrity, and Availability) of your AI system. That is Confidentiality, Integrity, and Availability. Let’s break learn all those attack vectors one after another.

#1. Attacks On Confidentiality Or Inference Attacks:

Attacks against the confidentiality of your AI system aim to uncover the details of the algorithms being used. Once the internal form factors are known to an attacker, he can then use this information to plan for more targeted attacks. Such attacks are also known as inference attacks. An attacker can initiate the inference attack either at the time of training, which is considered an attack on the algorithm or after the machine learning model is deployed to production, which is considered as an attack on the model.

Regardless of the stage where the attack is performed, the inference attack can take many different forms. For example, inferring the attributes or features used to train the model, or inferring the actual data used for training, and lastly, inferring the algorithm itself. Once the attackers know the training data, attributes, or in the worst case, the algorithm itself, not only have they extracted confidential data, but the information also advances them towards the next step of the attack on the integrity and the availability of the system.

The second type of attack on Artificial intelligence is attacks on the integrity of your AI system aimed to alter the trustworthiness of its capability for the task it is designed to perform. For example, if the goal of the machine learning model is to classify users into malicious and genuine categories, an attack on the integrity will change the behavior of the model such that it will fail to classify the users correctly. As before, this type of attack could take place at the time of training or in the production stage.

Forms Of Attacks On Integrity:

An attacker creates data input that looks valid but actually, it isn’t. And then presents to the classifier model in production. Such raw data inputs are also known as adversarial or mutated inputs. One example is the malware that goes undetected by a malware scanner. Under normal circumstances, the new data would be correctly classified as malware as shown by the smiley face on the graph. But an adversarial input fools the classifier such that the same data input is now classified as genuine. Of course, what is not obvious here is that the attacker had spent significant time to probe your model and understand its behavior to be able to come up with such an adversarial input.

In the second form, the attacker contaminates the training data either at the time of training or during the feedback loop after the model is deployed to production. This is also known as a data poisoning attack. Under normal circumstances, the new data would be correctly classified as malware, but with the data poisoning attack, the model’s behavior is modified such that the same input is now classified as genuine input. Once such an attack is successful, the model is skewed. And its stored knowledge of the boundaries between the good and the bad is altered. This change is permanent unless the model is trained again with clean and trustworthy training data.

Attack on the availability axis takes many different forms as well. Using a technique known as adversarial reprogramming the attacker takes control of the model and makes the model perform a completely different task than it was designed to perform. This attack renders the model useless and unavailable to its end customer. If your AI system is implemented poorly and left unprotected, the attacker can overload the AI system with data inputs that cause it to exceed its computational and memory resources.

After reading this article, we believe we have tried to make you understand the attacks against Artificial intelligence. This would be confusing for those who are not familiar with AI terms. But, you don’t have the choice except for learning AI because think tanks say that AI will not leave any field untouched. AI is the feature. You should learn all kinds of attack targets Artificial intelligence to better protect the system.

Thanks for reading this article. Please read more such interesting articles here.