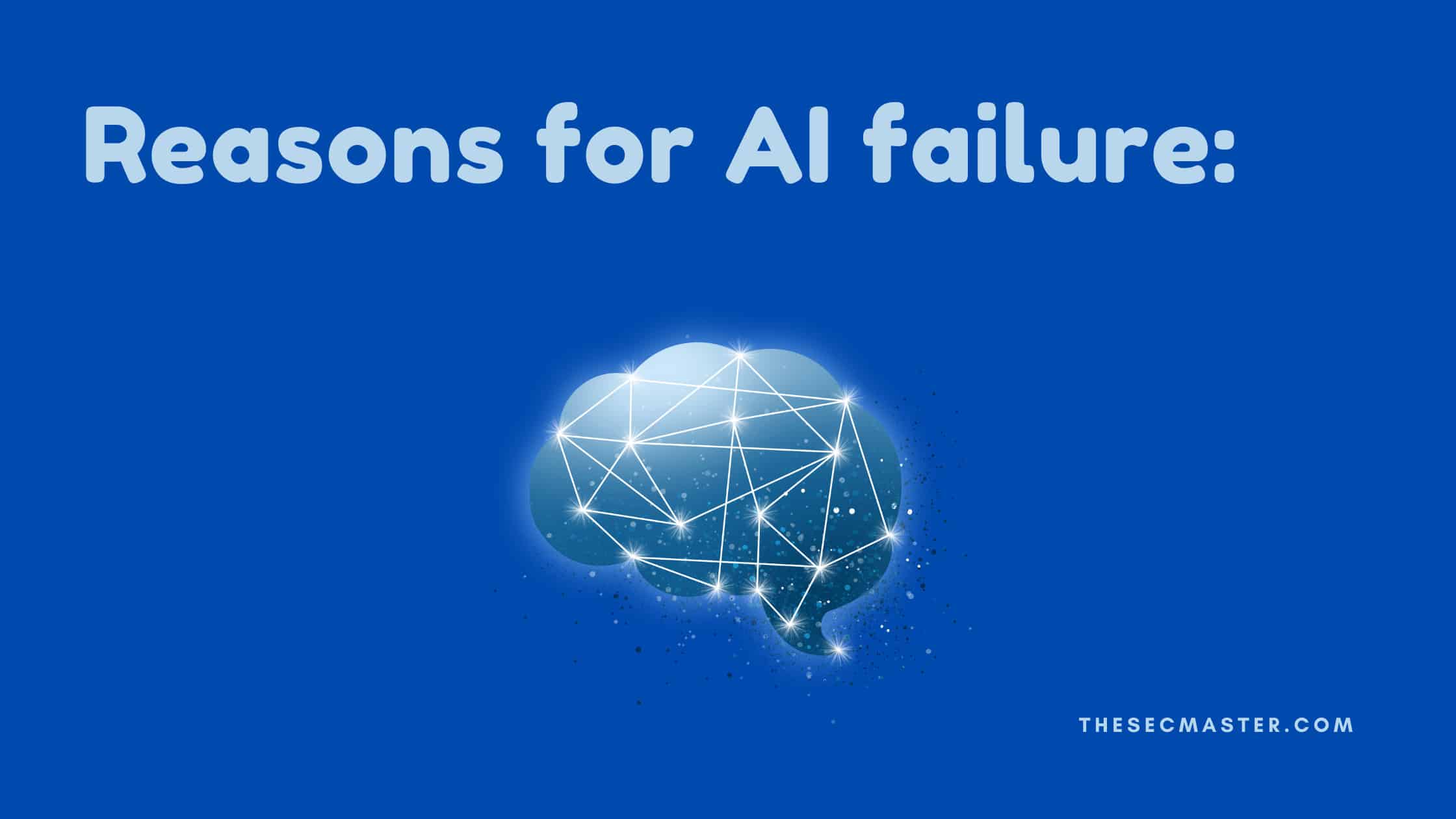 In recent years of rapid technological advancements, artificial intelligence (Al) has been involved everywhere, from banking/finance to video games. The publicity put forward for Al is very strong, but organizations tend to forget the so-called “charm” of Al when not able to meet high-demand processes in time. Although Al works 24×7 without interruption and effectively minimizes the time taken to complete a task, there are still some areas where Al may need ‘enhancement’. To work towards the enhancement, let’s find out the three common reasons for AI failures.

While Al has achieved numerous progress in recent years, the errors caused by Al are unavoidable because of the lack of reliability of data used by the Al system. Artificial intelligence could fail due to several reasons. Read this article if you are keen to know about a few reasons for AI failure.

Machine Learning and Artificial Intelligence Models May Become Too Fragile Then Bombarded With Data or When Reacting to a Change in The Data:

This is precisely what happened in 2013 When IBM partnered with the University of Texas MD Anderson cancer research center to develop a “cancer research expert” So the researchers at MD Anderson cancer research center used “Watson” (an IBM made cognitive computing system), to develop a cancer expert who could provide cancer treatment options for their patients. In 2018, Statnews (an American health-oriented news website) reviewed the IBM documents and found out that Watson was providing patients with bad cancer treatment advice. The documents recovered by Statnews widely place the blame on the engineers who worked on developing Watson by providing the system with imaginary patient tails rather than real patient data.

The Organizations May Not Have the Patience Required for the Al to Deliver A Project:

According to Professor Tom Davenport of Babson College, “They can and should have ambitious goals for Al, but they should realize that it will take a long time and many projects to realize them. The greatest tragedy for enterprise Al would be if everyone became disillusioned about how hard it is or how long it takes to have a substantial impact.
Paul Barba writing for KDnuggets (it is an online platform on business analytics), compares Al to a car when it comes to maintenance. Barba explains how the Al works just like a car and how it can remain in decent shape for a while until it is not neglected. If it is neglected, Al can end up failing the entire project.

Advertising and social media made Al seem smooth by providing us with deep insights, straightforward analysis, and fair algorithms. Al can show us the darker face of our own humanity.
This is precisely what happened in 2016 when Microsoft introduced an Al called Tay, which could engage in a “casual and playful conversation” by analyzing the texting patterns of people. Less than 24 hours after the release of Tay, people allegedly started trolling Tay, and this corrupted Tay’s personality.
Soon after this, Tay was flooded with racist and sexist comments. After this terrible disaster for which Microsoft was not prepared, they claimed that Tav’s training process included the usage of public data that was “clean and filtered” out. After a lot of effort from Microsoft, they decided to terminate Tay from Twitter.

Why is the Maintenance of AI Necessary?

When a project the Al works on becomes more complex or the Al is left unchecked for a long time, there are chances that problems may arise for the Al. If their false understanding of the problem gets independent of the so-called “environment” of the Al gets complicated, the chances of retrieving the AI to its normal state are very less.
So, early detection and correction of the issue are key. It is important to ask the questions to ourselves and work on how we are going to counter the issues when we find them.
Although Al is self-regulatory, having a human at his disposal could prevent problems with Al, at least in the current context.

These advanced technologies can perform several tasks with higher efficiency, and they could also help you make better and more accurate decisions. Predictive analytics could be used to anticipate risk/reward scenarios in businesses, and it could also be used to acquire the right additions to the rest of your team, resulting in a better work environment.

Thanks for reading this article. Please read more such interesting articles here.