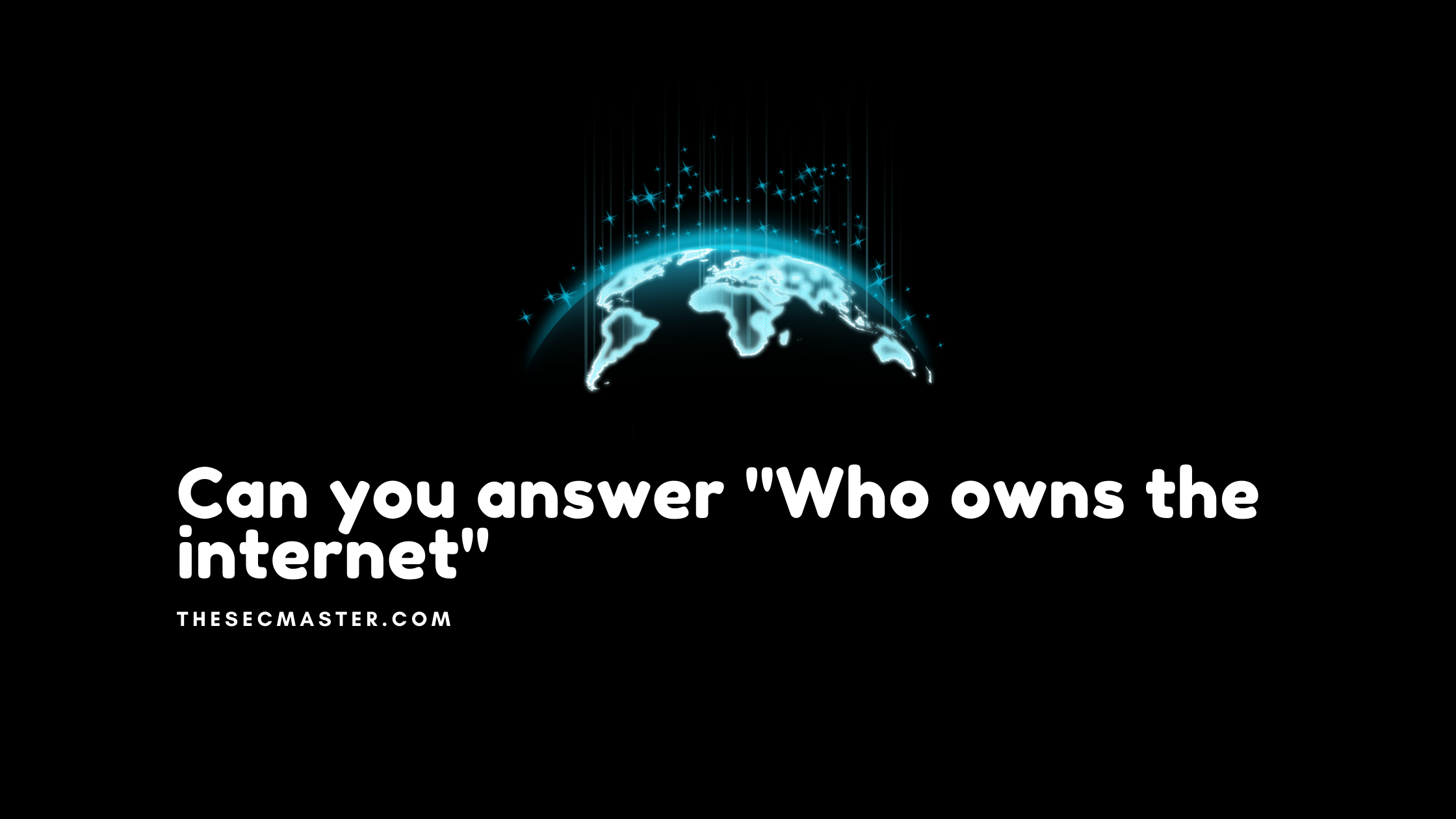 Can You Answer Who Owns The Internet?

Can you answer the question? Who owns the Internet? Off-course, it sounds like another question. Who owns the Earth?
For ordinary people, there is a one-word answer to this question. Everybody and/or Nobody. The actual answer is not that simple to answer in one word. You need to understand several aspects to answer this, technically. So, let’s find a technical answer to this question by exploring all the technical aspects.

What Are The Seven Keys Of DNSSEC?

If you google “Who owns the internet,” You are most likely to find articles pointing to “What is the internet.” If you try exploring more, you may find some articles that talk about seven cryptographic keys to the DNSSEC managed by ICANN. Those keys do matter, but they don’t control the Internet. They just affect one function of the Internet. They can only be used in extremely narrow conditions. Losing those keys will be a massive inconvenience which is why they are stored in separate guarded facilities that are 4000 kilometers apart. Several questions have started bobbling in your mind. Why are those keys so important? What is the purpose of preserving those keys? And, What functions do they play on the Internet? The keys are used for authenticating the data in the global DNS. And they are important because those keys are used to restore the DNS records if anything happens.

All of this pertains to the DNSSEC and the things that ICANN controls. However, ICANN is only one of the hundreds of stakeholders that are entrusted with the Internet. Think of an ICANN as the person standing guard over a bridge that you want to cross. Only that they don’t own the bridge, and the lord of the land on which the bridge exist is an entirely different entity altogether.

What Is The Internet?

The Internet, as we know it, is a massive network of smaller networks. Then, parallel networks are either isolated entirely from the Internet or connected at some point, either knowingly or anonymously. Some of those connections will lead you to private networks controlled by governments and militarises. Some will take you to private networks owned by corporations. Some will take you to one of the many shady networks that we collectively term the dark web. Yes, there is more than one obscure place on the Internet.

The Internet that we are all familiar with is broken down into little fiefdoms, which are administered by various network operators. You have most likely never heard of companies such as Level 3 Parent LLC, Telia Company AB, Cogent Communications, and NTT America. Level 3 exercises control over 73.3% of all IP addresses in existence. Telia handles 58.25%, NTT America handles 34.5%, and Cogent 42.79%. There is a significant overlap with each other. Since the Internet is a network of networks. There is a mechanism of identifying each network on the Internet. Each network is termed as an Autonomous System (AS) and is assigned an Autonomous System Number (ASN). As of 2019, more than 92000 ASNs have been allocated. Then there’s the concept of subletting. Every connected device has an IP address and your home network, which is formed by your router, owns all the IP addresses it gives out. However, your router also has an IP address that was lent to it by your ISP, which got it from another ISP. And that ISP got it from another company, and the hierarch goes on building on top of itself till you get to the big daddies, own the infrastructure. That’s where Level 3, Telia, and Cogent come into the picture.

See the table, which has the list of the top five companies that obtained top 5 AS rank. Level 3, NTT America, Cogent, and GTT Communications are American Companies, whereas Telia is Swedish-Finish. They are the top five owners of the ASNs. Visit this link to see the complete list of AS Rank.

You might know how all the continents on the Earth are connected via undersea cables! Google owns major shares of the companies that manage these submarine cable networks. Google partially owns 8.5% and solely owns 1.4% of all undersea cables worldwide. That’s 63605 miles of submarine cables. The next tech giant on the list is Facebook, with 57079 miles of cables to its name, then we have Amazon with 18987 miles and Microsoft with 4104. Some of these companies ever own satellites and have plans to set up satellite constellations to control the internet infrastructure. All of this is just part of the ridiculously convoluted and ever-changing ownership structure of our internet. It will be interesting to see how satellite internet constellations such as Starlink, OneWeb, and Project Kuper affect the status quo of ownership.

We have tried to answer the best possible way to the question “Who owns the internet” by explaining about the seven keys of DNSSEC, Autonomous System (AS), and the submarine Cable Market. Now, we hope you have gotten some idea about who owns what part of the Internet and how much they share the ownership of the Internet. The Internet is not a tangible entity to own. It’s a concept that has been controlled, managed, regulated, governed, and created by several individual stakeholders.

Thank you for reading this article. Please visit the below links to read more such interesting articles. And also, Peace leaves your comments below and let us know your feedback. This helps us to bring more such articles.