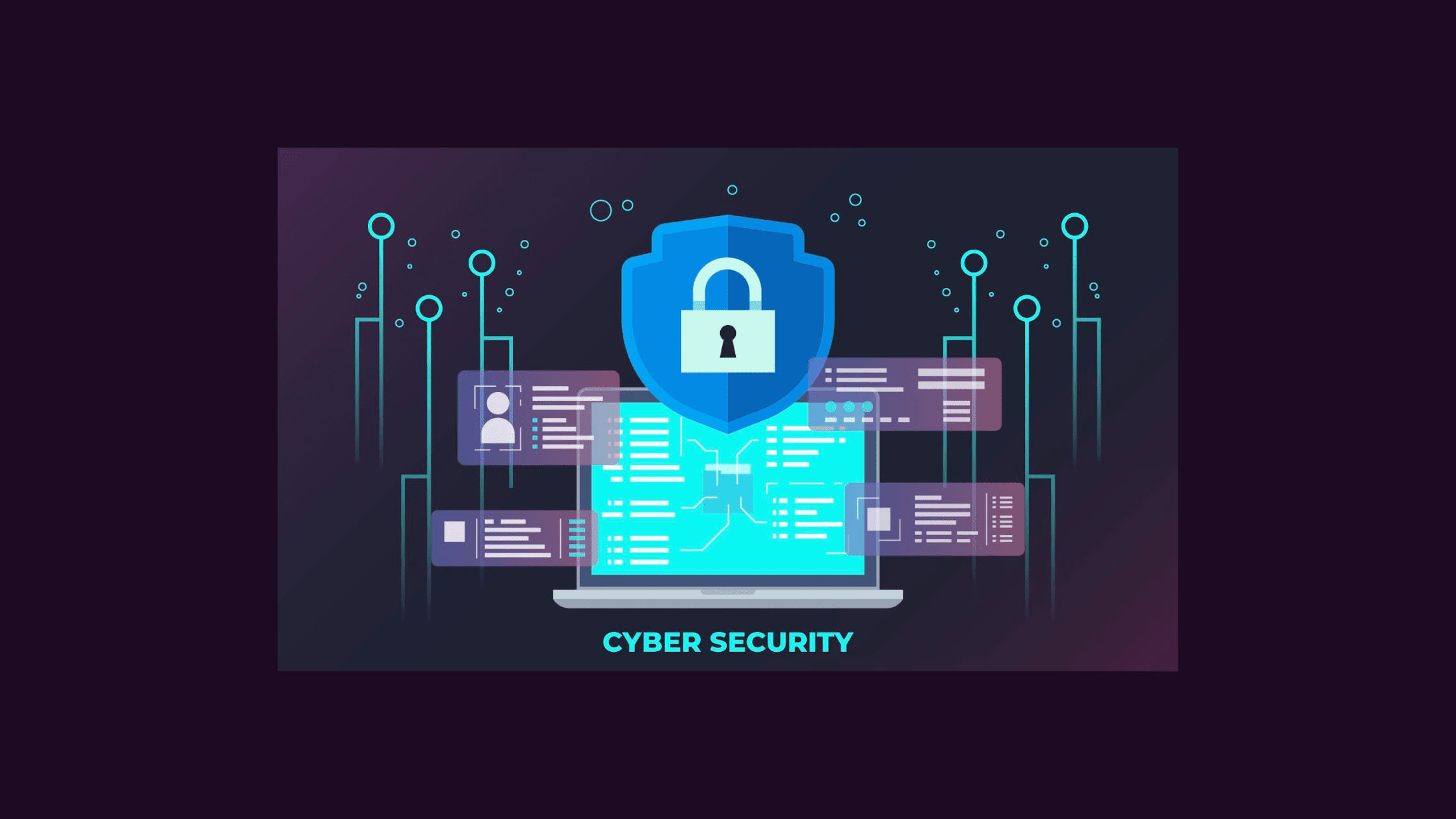 Despite your best efforts, there is a good risk that you will make a little error when developing new software. This can then expose your software to a variety of cybersecurity risks, such as SQL injection, DDoS, ransomware, and malware assaults.

It is crucial to understand the various cyberattacks since doing so can help you be prepared for any threats you may encounter. Similar to physical attacks, it’s critical to comprehend how often and probable cyberattacks are.

A seasoned cyber-security specialist will advise you that it is a matter of when rather than if your software will fall victim to an attack because the majority of software vulnerabilities are caused by bugs that have not been repaired.

One of the first studies to analyze the relatively constant number of hacker attacks on computers with Internet access — every 39 seconds on average, impacting one in three Americans every year — as well as the non-secure login information people use that increases the likelihood of an attacker’s success.

Cybercriminals will be planning attacks that are very difficult to counter. Therefore, actions must be taken to stop these acts before criminals can. We published this post to let you know a few common cybersecurity mistakes to avoid while testing software.

A Few Crucial Cybersecurity Mistakes to Avoid While Testing Software

Penetration tests are one of the finest strategies to counter possible threats. By using this method, you may check your software’s security before an attacker has an opportunity to do so.

Testers do this by identifying and manipulating security flaws using tools that replicate hacking scenarios. The kind of flaws that could result in sensitive data loss, such as cardholder data, IPs, private information, health records, malware, or other personal information.

This is a crucial component of overall cybersecurity. Your business or development team can identify security threats and compliance issues and simulate the possible outcomes of a significant data breach with the help of effective penetration testing tools.

These can also be carried out to train and test the response times of information security teams, so they are ready to tackle cyberattacks. The same is true for security budgets, which can be planned, and for enclosing sensitive data in more durable protection barriers.

You are effectively leaving it up to chance whether or not your program has a vulnerability if you do not follow this easy-to-follow but very effective approach, which will expose your software to significant dangers in the future.

For developers to build applications from scratch is relatively unusual in the software industry. Software developers use a combination of pre-existing tools, code, and other software because creating software from scratch takes a lot of time. Both open-source and proprietary tools are acceptable.

The usage of video game engines to develop comprehensive virtual worlds and games is an excellent illustration of this approach to software development. All of them make use of pre-existing code, which they then expand upon and modify as needed.

The issue is that this third-party software and tools upon which they base their work may also contain flaws that the original authors may have failed to notice. You effectively inherited the flaws it has since you utilized them as the foundation for your own software.

The only option is to ensure that the code has been thoroughly examined and determined to be trustworthy before ever considering using it. Discovering the architecture of the third-party software will also enable you to determine whether its source code contains any vulnerabilities.

When testing the software, developers frequently employ backdoor accounts. It is certainly fine to use it; however, the issue occurs when they fail to take it away. Your program could be vulnerable to a significant cyber attack if any cybercriminal even gets a clue of it.

There are several instances that demonstrate how having active backdoor accounts might place your company at risk for cyberattacks. For instance, Cisco found that backdoor accounts that were still active were to blame for the cyberattack they experienced. Project Basecamp experienced a similar issue. They noted the ICS firmware’s many logins and admin credentials.

In simple terms, open backdoor accounts provide hackers with a lot of room to explore. Therefore, it is critical to delete all the login credentials anytime you employ backdoor accounts to do a quality test of any software. Indeed, this is a simple operation that is usually overlooked, opening the way for backdoor computing attacks.

Furthermore, internal factors such as weak, well-known, or hardcoded passwords might open up security gaps. Verizon estimates that 34% of cybersecurity incidents are caused by internal issues. To increase the security mechanism of any software, though, proper password management is a must.

When it comes to cybersecurity, training staff is important. The key players in your company can adopt better cybersecurity practices and contribute to securing the organization and its most important assets by receiving top-notch cybersecurity awareness training and cyber security incident response training.

The most crucial factor, and final point, is that software without encryption, particularly with sensitive data, is open to unending cyberattacks. Usernames, passwords, bank information, webcam access, and other types of information are all examples of data. The breach of security that resulted in the theft of more than 150 million Adobe user credentials is a prime example.

Data encryption must be used for this reason. Encrypted data, however, is insufficient to prevent cyberattacks on its own. For instance, Adobe’s codes were securely encrypted but could only use symmetric and reversible encryption.

Employing only cutting-edge encryption tools after carefully evaluating and verifying their dependability is essential. The tools need to be fully installed as an additional security measure to make sure they can survive any powerful cyberattack.

It is necessary to record information in order to track your progress. Another significant error that frequently occurs when testing is shoddy documentation.

Before testing starts, the general requirements and functionalities for each project should be documented. If you are unsure of how to proceed, hire someone instead of relying solely on your internal staff. If you want top-notch work, it pays to seek outside the confines of your company. This is similar to hiring outsourced content marketing services.

There are a few benefits to this. By hiring elite employees through outsourcing, you may start off strong. Starting strong makes sure that the testing team is aware of their work and that all tasks are accomplished in accordance with your plan. This paper can help resolve any disagreements or ambiguities over what should be done.

It is crucial to keep track of your progress on particular assignments. The testing teams typically operate inefficiently or perhaps fail to complete duties entirely when there is an absence of documentation in this area. In the worst cases, it might result in functions being tested repeatedly for no meaningful reason and certain features being left incomplete or broken.

It is significant that the report on software bugs that testing specialists find be precise and informative. The development process can be delayed, and major misunderstandings can result from a poor bug report. On the other hand, a good report includes all pertinent correspondence between the development and testing teams in addition to making recommendations for potential fixes.

Members of a testing team can better understand each other’s work by outlining tasks and progress in this manner. This makes it possible to easily comprehend what has been done and the appropriate course of action to take when something goes wrong.

Everyone avoids having their software at the center of a significant cyberattack. It is no longer an option to deploy software that has not been adequately tested; however, cybercrime is on the rise, and more advanced types of attacks are being developed.

The most common errors made by developers, as indicated above, are caused by a vague knowledge of how their code can be vulnerable.

Developers can thoroughly test their programs and avoid these errors by realizing that their code will contain ingrained flaws and weaknesses that it has borrowed from other software. After testing, it is important to clean up to make sure that any hardcoded passwords and backdoor accounts have been eliminated.

The need for proper data security cannot be overstated since inadequate data security can eventually result in massive data breaches that will hurt both your clients and the reputation of your software. You can hire dedicated developers in India to avoid cybersecurity mistakes while testing software.