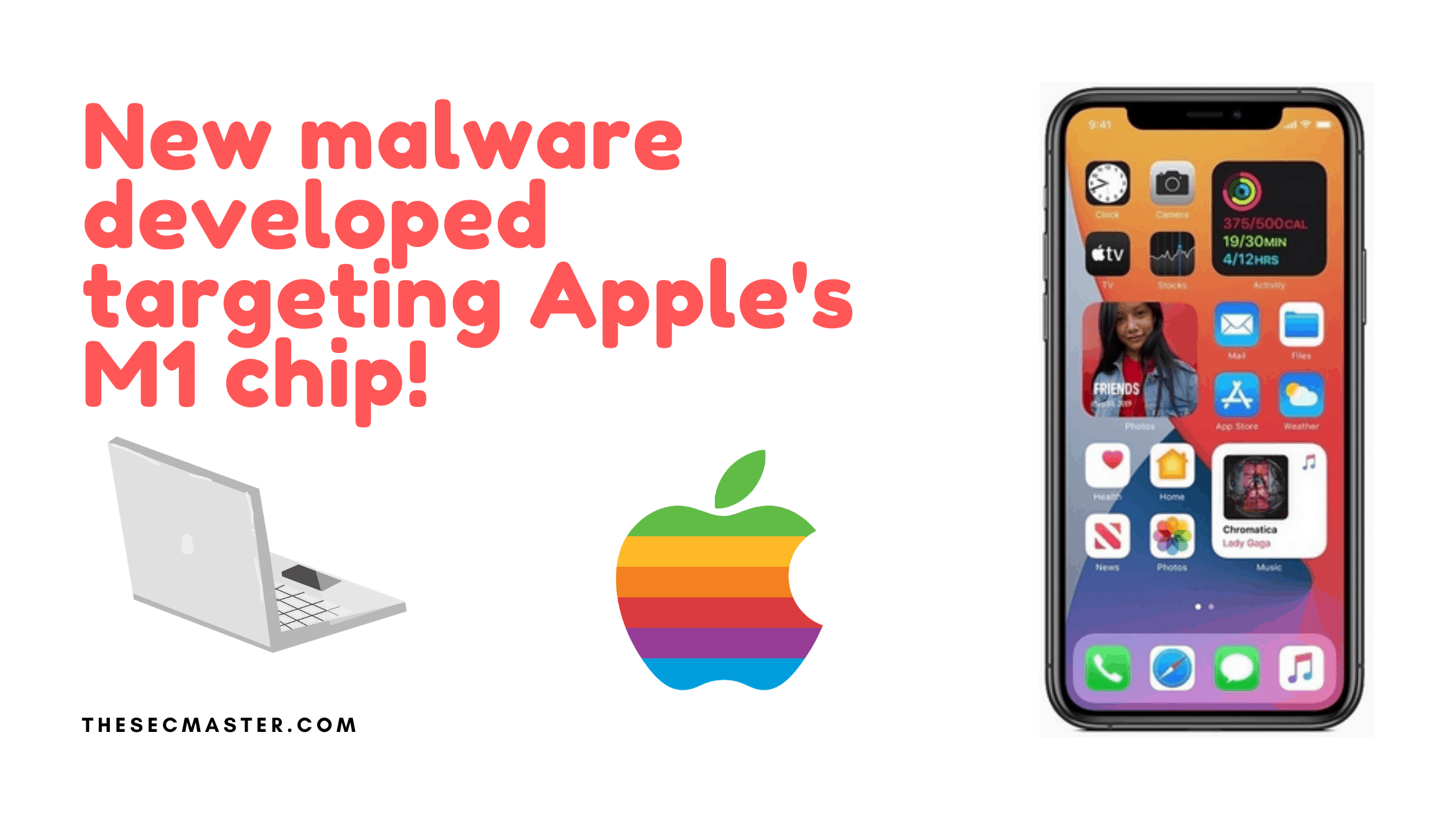 It’s not surprising if a new malware detected on a Windows Machine. Hackers have been developing new Malware(s) every day, targeting the Microsoft Windows Operating System. But, when it comes to the Mac, Malware is less often because of Mac’s security system. However, today’s instance shows that malware authors are getting more advanced. Now they started targeting new Mac hardware and software. For the first time, Mac security researcher Patrick Wardle found a new malware developed targeting Apple’s M1 chip.

This Malware could cause potential risk to all the devices powered by M1 chip. Devices like MacBook Pro, MacBook Air and Mac Mini are at potential risk.

As a supporting statement, Wardle, a well known open-source mac security tools developer, said that the Malware impersonates itself as a safari adware extension and influence the user to land on malicious sites to collect user data. The adware is designed to throw a large number of ads on the user’s screen, including banners and pop-ups. These pop-ups could send the user to other malicious sites that could then infect machines further. The adware is capable of tracking user data and send it to the malware authors.

As per the researchers, the adware has shipped with some anti-analysis features, which includes a mechanism to bypass the detection from debugging tools. However, Wardle says that it found that VirusTotal can detect the M1 version of adware as malicious with 15% lower detection rate compared to its x86 version.

What Malware Is It?

Initially, the Malware was developed to target Intel x86 chips. However, now it has been redeveloped to run on M1 chip. Mac researchers also confirmed that the Malware is called ‘GoSearch22’, which belongs to the family of notorious Pirrit Mac adware.

Wardle says the adware was signed with an Apple developer ID, a paid account that allows Apple to keep track of all Mac and iOS developers.

Apple remains mum despite all these things. Apple hasn’t announced anything officially about the finding at the time of this report. At this point, the native M1 Malware doesn’t seem to be a very dangerous threat. But the emergence of this new malware developed targeting Apple’s M1 chip is a warning bell that there’s more to come.

Thanks for reading this article. Please read more such interesting article here: