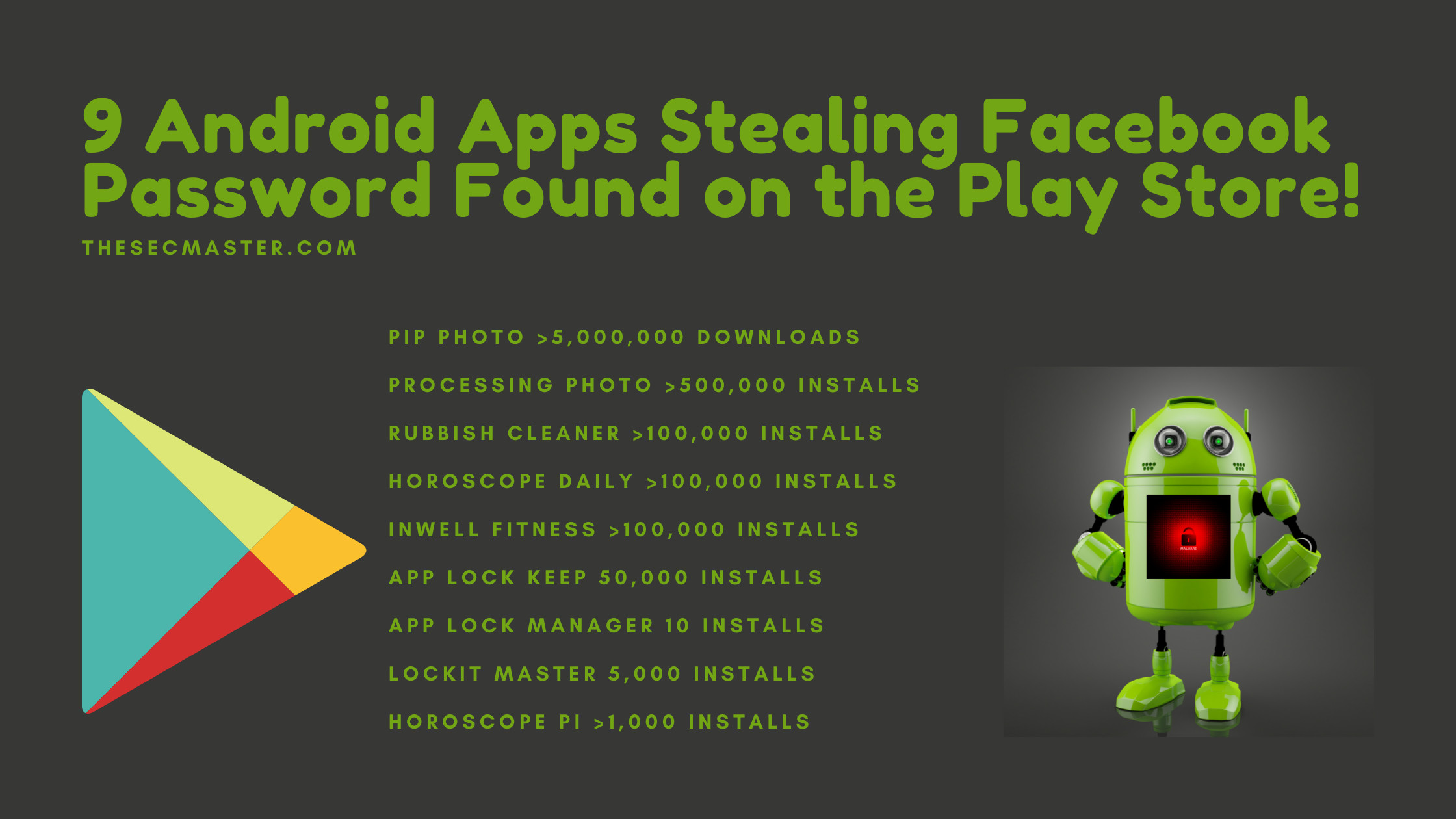 The research didn’t reveal the attacks on any particular users belong to a specific geo location. However, It’s been said that more than 5,856,010 users have downloaded these apps stealing Facebook passwords from Google’s play store.

Here are the nine apps Doctor Web found on the Play store. See your phone for these apps Immediately and remove them if installed. Most importantly, rest your Facebook password if you haven’t done it yet.

When it comes to deal with any such password-stealing campaign, we would suggest you to do three basic things:

IOCs indicators of compromise. If you found any of these files on your Android device, which has the corresponding SHA-1 hash, take the countermeasures without delay. Additionally, if you notice your Android phone has communicated to these URLs at any point in time, it’s clear that your phone is compromised. The verification process needs some technical knowledge to check the file fingerprints and communication with the URLs. You can leave this section if you are not from a technical background. We feel it’s our duty to give the details as much as we can.