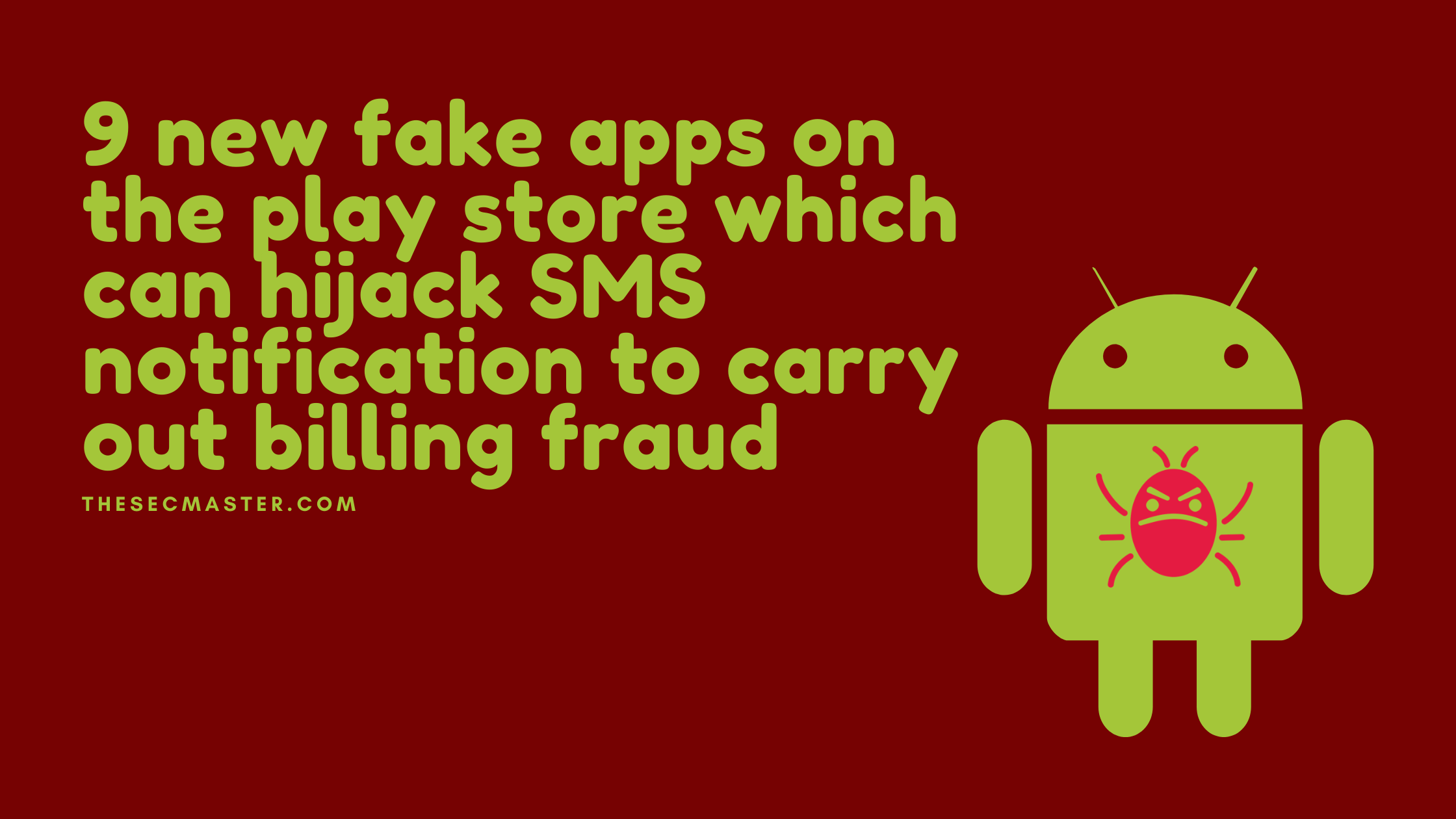 Who Can Be the Victim of the Fake Apps on the Play Store?

As per the research from Trend Micro and McAfee, Android users from Southwest Asia and the Arabian Peninsula have become victims of these malicious apps. It has been said that more than 750,000 users have downloaded these fake apps from Google’s play store.

List of 9 fake apps on the play store which is reported malicious:

Here are the nine apps McAfee researchers found malicious on the Play store. Please check your phone for these apps if you spot any of these apps on your phone. Immediately remove those and check for any bank account, credit card, debit card, or any unauthorized transactions.

How Cybercriminals Managed to Publish These Fake Apps on the Play Store to Carry Out These Attacks?

How Does This Malware Work?

IoCs are nothing but indicators of compromise. Suppose you found any files which have these hashes. Additionally, if you notice your Android phone has communicated to these URLs at any point in time, it’s clear that your phone is compromised. The verification process needs some technical knowledge to check the file fingerprints and communication with the URLs. You can leave this section if you are not from a technical background. We feel it’s our responsibility to give the details as much as we can.

Please share this article with others and make them aware of these new fake apps on the play store. If you find this article interesting, read more such articles here: