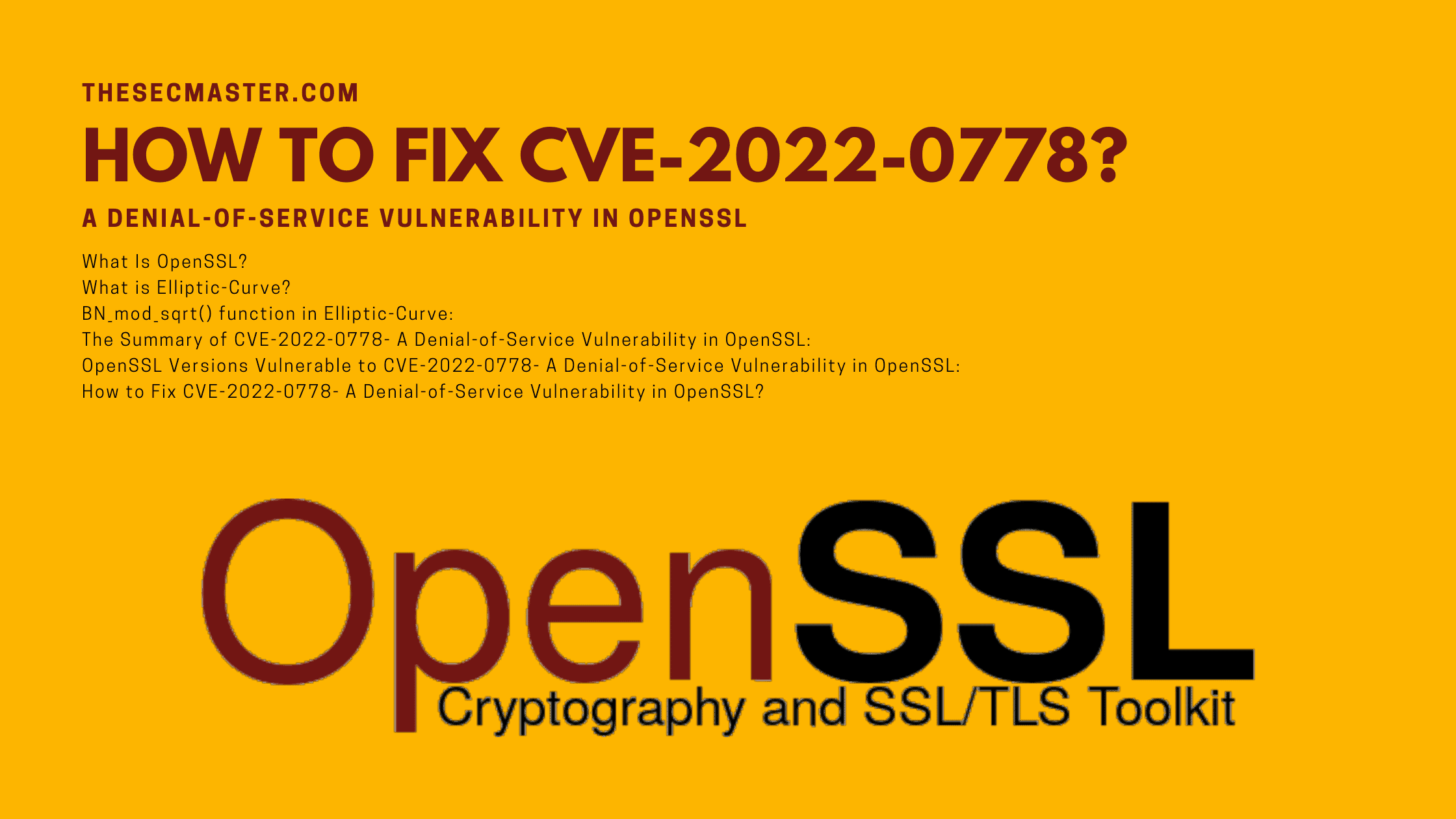 On 15th March, OpenSSL has published an advisory that talks about a high severity vulnerability in its software library. The flaw that is tracked as CVE-2022-0778 with a base score of 7.5 in CVSS3.1 would lead to a denial-of-service (DoS) condition in OpenSSL when parsing certificates. Since the flaw allows attackers to crash servers, it is important to learn How to Fix CVE-2022-0778- A Denial-of-Service Vulnerability in OpenSSL.

Before we jump in to know how to fix CVE-2022-0778, a denial-of-service vulnerability in OpenSSL, it is important to know about the Elliptic-Curve and BN_mod_sqrt() function.

What Is Elliptic-curve cryptography (ECC)?

According to Wikipedia, “Elliptic-curve cryptography (ECC) is an approach to public-key cryptography based on the algebraic structure of elliptic curves over finite fields. ECC allows smaller keys compared to non-EC cryptography (based on plain Galois fields) to provide equivalent security.”

It is being used in key agreement, digital signatures, pseudo-random generators, and other encryption mechanisms. Indirectly, they can be used for encryption by combining the key agreement with a symmetric encryption scheme.

The Summary Of CVE-2022-0778- A Denial-Of-Service Vulnerability In OpenSSL:

The advisory explains a few circumstances in which the flaw can be exploited. There are:

OpenSSL Versions Vulnerable To CVE-2022-0778- A Denial-Of-Service Vulnerability In OpenSSL:

OpenSSL addresses the vulnerabilities in its new releases. OpenSSL has rolled out three new versions with the patch. All are suggested to find out the current version of OpenSSL on their machines and upgrade to the corresponding suggested versions.

Note: OpenSSL 1.0.2 is reached end of life. So 1.0.2 has no support and no longer receiving public updates. Extended support is available for premium support customers only.

How to upgrade the OpenSSL and fix CVE-2022-0778- A Denial-of-Service Vulnerability in OpenSSL?