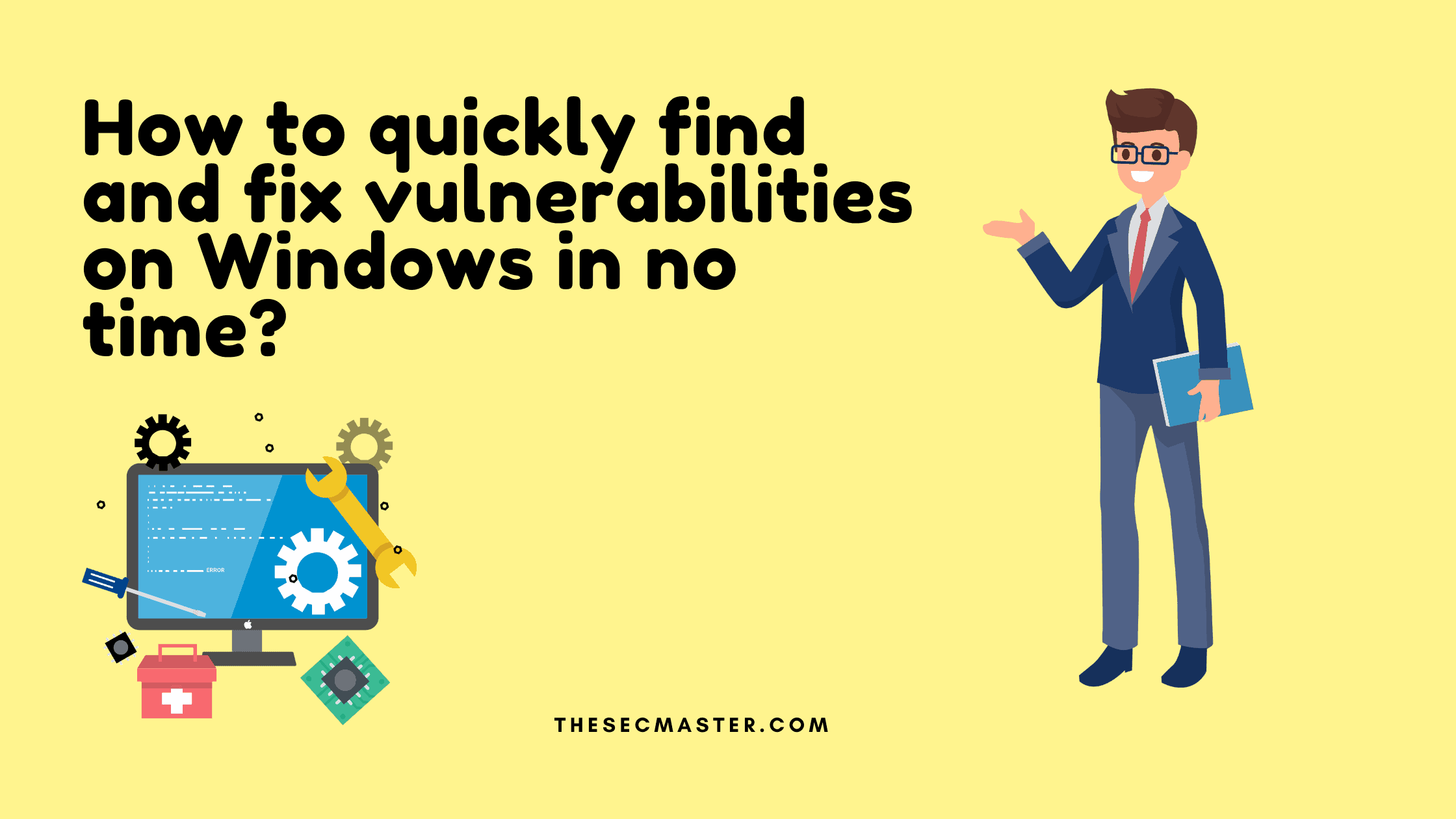 How to Quickly Find and Fix Vulnerabilities on Windows in No Time?

No matter what the reason is. Still, Microsoft Windows tops the position in malware infection. According to Statista report, In 2020, Windows has seen more than 83% of cyber attacks against other operating systems. This clearly tells that Windows is the hot cake for hackers, cybercriminals, and threat actors. All Windows users should pay more attention to Security than any other. Vulnerability is one of the common attack vectors to consider. When it comes to the Windows operating system, it tops the list. In Exploit DB, we found around 10K vulnerabilities related to Windows alone. It is the responsibility of each Windows user to keep track of all the newly discovered vulnerabilities regularly and fix them at the right time. We knew it was a great troublesome and laborious task to do. In this article, we are going to show how to find and fix the vulnerabilities on your Windows OS quickly.

Operating systems most affected by malware in 2020

Do you know how many vulnerabilities your system has? How many exploits are available for them? How much of them are critical? Then how do you fix them? We will show you a quick method that will give answers to all such questions. We have a tool called Windows Exploit Suggester — Next Generation (WES-NG) developed on Python that will answer all these questions.

How Does Windows Exploit Suggester — Next Generation (WES-NG) Work?

As we said earlier, WES-NG users the built-in utility ‘systeminfo.exe‘. If you don’t know about systeminfo, it is a command-line utility used to print detailed system information. It prints information about the processor, ram, operating system, network cards, BIOS, and system boot, and there are a plethora of things. WES-NG uses this information as input and checks for the associated vulnerabilities in its database. Its database is considered more accurate than Microsoft’s as it reefers multiple sources to create a comprehensive database. Its report shows which vulnerabilities were found in the system. Their CVV ID, associated services, available exploits, and how to fix them.

However, it gives the result in no time. It’s totally free to use. It doesn’t take a lot of time to give results, unlike other tools. It’s a perfect tool for a quick check. No technical knowledge is required to run the tool. All these properties will make this tool perfect for individual users and small businesses.

Sources From Were Windows Exploit Suggester — Next Generation (WES-NG) Collects The Updates:

It gathers the data from these three sources. So this makes it more valuable.

How to Quickly Find and Fix Vulnerabilities On Windows?

Step #1: Clone the Git repo or just download the code from GitHub: https://github.com/bitsadmin/wesng

This completes the process. This is how you can quickly find and fix vulnerabilities on Windows in no time.

Thanks for reading the article. Please share your comments to if you like this demo. Read more such interesting articles here: