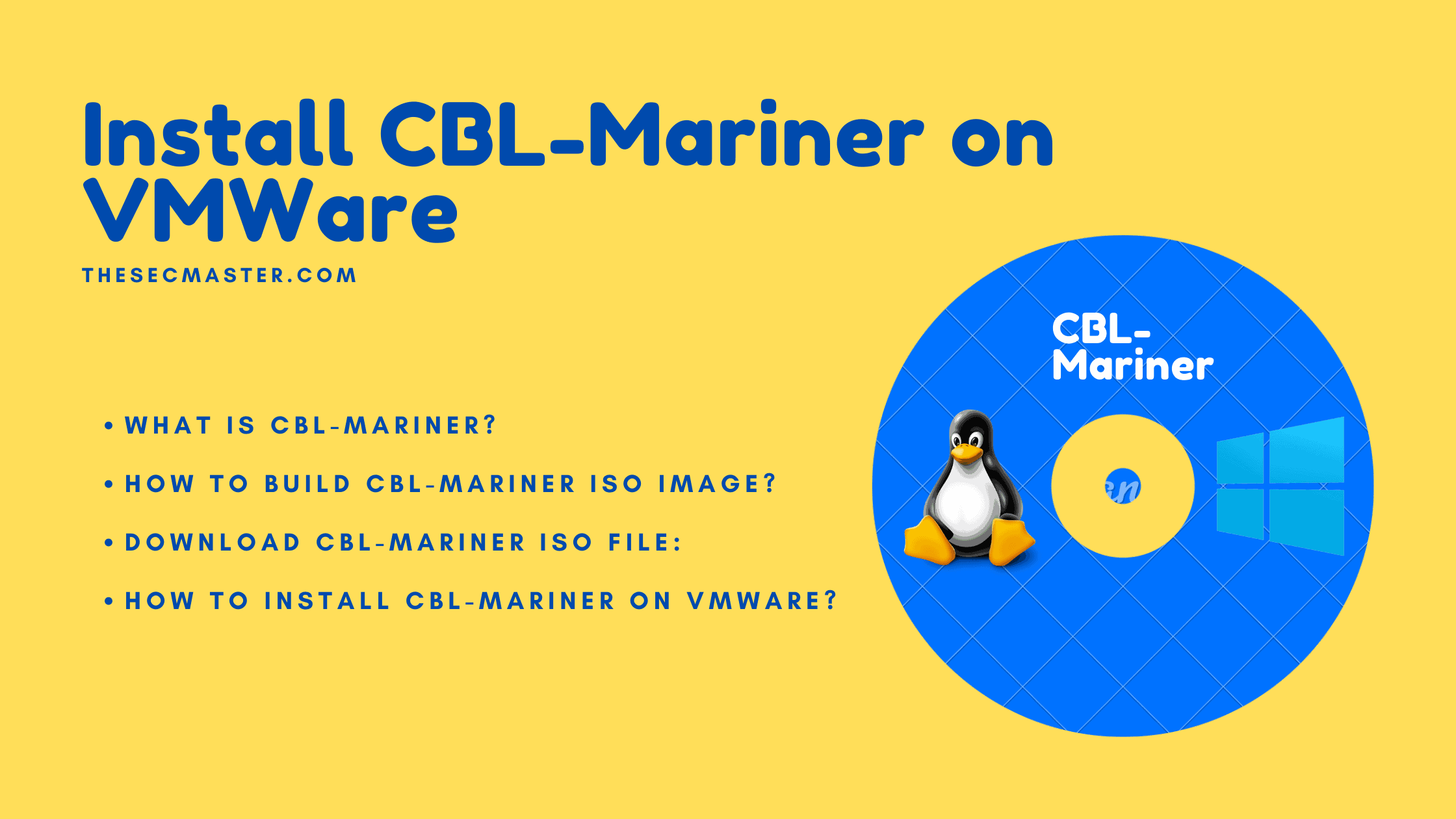 If you think Microsoft is planning to enter the Linux landscape with the release of CBL-Mariner. You might not be right. Microsoft has released CBL-Mariner for its cloud infrastructure as part of an open-source initiative. Well, this is not the first initiative project by Microsoft. It has contributed its investments in developing various Linux-based technologies, such as SONiC, Azure Sphere OS, and Windows Subsystem for Linux (WSL). Well, if you want to dirt your hands on this Linux, you can. We are going to show you how to install the CBL-Mariner on the VMWare workstation in this post. For your info, Microsoft didn’t release either ISO or VM images for users. However, we have shared the procedure to build a CBL-Mariner ISO Image and shared the created ISO image for download.

Let’s clear the concept, CBL-Mariner is an open-source internal Linux distribution developed for Microsoft’s cloud infrastructure and edge products and services. It is not the OS developed for end-users like Ubuntu, Debian, and Mint Linux distributions. It is designed to provide a consistent platform for cloud services. Visit this git page to read more about CBL-Mariner.

How To Build CBL-Mariner ISO image?

As we said earlier, Microsoft didn’t release installable images like its ISO, VHDX, or VMDK for CBL-Mariner users. The reason could be because Microsoft wants developers to build their own custom images according to their needs. However, we have shared the pre-built standard ISO file to save your time and also show you how to build ISO images on your own in a separate post. Please read this if you want to know how to build a CBL-Mariner ISO image on your own.

Step by Step Procedure to Build a CBL-Mariner ISO Image!

How To Install CBL-Mariner On VMWare?

Now, let’s see how to install CBL-Mariner on VMWare in this post.

how to install CBL-Mariner on VMWare?

This is how you should install the CBL-Mariner on VMWare workstation. You can download the ISO image and install it on VM Horizon, Virtual Box, or any virtual platform.

Thanks for reading the tutorial. Please visit our site to see more such interesting tutorials.