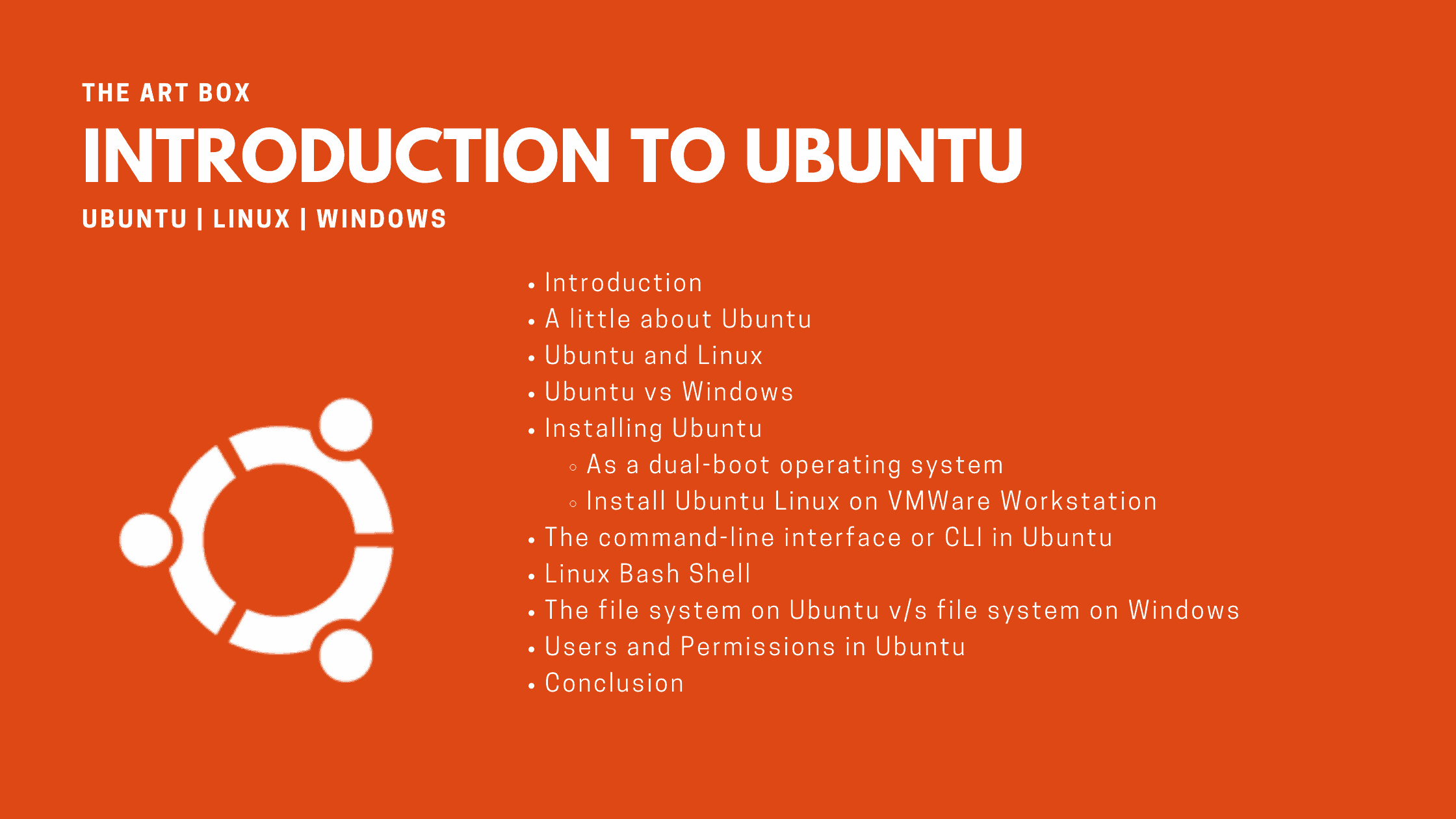 In this post, we are mostly touching upon the introduction to Ubuntu, the relationship between Ubuntu and Linux, Ubuntu vs Windows for users who come from Windows, and other basic topics. Let’s learn more about this free, open-source software operating system.

Created by Linus Torvalds in 1991, Linux became one of the first operating system kernels to be used by the masses. The name was designed quite interestingly, where Linux meant ‘Linux Is Not Unix’. Linus Torvalds created Linux intending to keep it free. Hence, this operating system kernel went on to become an open-source program, unlike Unix. The entire source code is available for people to see, download, and modify, and as a result, a community was created. Today, Linux is driven primarily by a strong group of programmers who continuously strive to make the interface even better. There are many distributions of operating systems that were created by students and other programmers that went on to become very popular. Some of the most widely used distributions of Linux are Debian, Fedora, Linux Mint, Gentoo, PCLinuxOS, etc. Interestingly, macOS and Linux are both based on the same software, which is Unix. Hence, users switching between the two make a smooth transition.

A Little About Ubuntu

Developed by a company called Canonical, Ubuntu is based on one of the many derivatives of Linux-Debian. This software hit the market in 2004. Programmers understood the highlights of the OS, given the ease of programming that it provided. The command-line interface allowed them to use minimum syntax to write programs. Ubuntu has three versions, all of which were developed for different purposes.

One mistake that people often make about Ubuntu and Linux is to confuse their nature. Users think that Linux is a distribution or an application that can be used independently on a computer. This is far from the truth. Linux is the kernel that is used to do the work within the distribution. A kernel is the innermost part of an operating system. This is the portion that communicates with the hardware to execute instructions given by a user. Enveloping the kernel is the shell, and the top-most layer is the application layer which consists of all the applications that one uses on their computer system. Ubuntu, on the other hand, is a distribution that runs on a Linux kernel. In simpler terms, Ubuntu is the entire operating system that incorporates all the three layers mentioned above.

Unix and Microsoft have been competing to get the attention of users since their inception. With the advent of Microsoft’s Windows, Unix was almost blown off due to several reasons. Windows had one significant advantage over Unix, or for that matter, all other Unix or Linux-based distributions, including Ubuntu, and this advantage was the ease of use. Let’s look at some key differences.

As a dual-boot operating system

Many computers, especially laptops, have a dual-boot system where a user can run more than one OS. Ubuntu and Windows are two unique operating systems, and a user can use both with these dual-boot computers.

If you wish to run Ubuntu on Virtual Machine. We have published a full tutorial on the installation of Ubuntu on VMWare Workstation in a separate post. Please check that out.

The Command-Line Interface Or CLI In Ubuntu

The command-line interface or CLI is the opposite of a graphical user interface or GUI. While the latter is more about graphically representing an instruction, the former is text-based. A user is required to type in the commands on the CLI, and the kernel successfully executes it.

Bash. or Bourne Again Shell, is currently the default Shell in most Linux-based distributions. This holds true for Ubuntu, too. It is used to run and implement various instructions and plays a pivotal role in computer programs,

Windows and Ubuntu differ when it comes to their file systems. While the former uses FAT and NTFS for files, Ubuntu which has a Linux kernel, is known to use a variety of file systems according to the requirement. However, common choices for the system disk on a block device include the ext* family (ext2, ext3, and ext4), XFS, JFS, and btrfs.

Users And Permissions In Ubuntu

However, since Ubuntu is all about files, even its vital processes are treated as directories. Some of these directories, like the bin, cannot be experimented with, even by the Administrator.

Linux has come a long way since it was created. This is mostly due to the strong community of programmers who closely monitor and develop the kernel. Ubuntu is currently the most popular distribution to be used. While users initially avoided Linux and Unix due to the complicated design, they are much more attracted to the system, now that computer studies have become a necessity. The versatility of the Linux kernel makes it an excellent interface for programming and most of the powerful operating systems are based on the Linux kernel.

We are closing this post with all the information that we promised in the beginning section of this post. We have covered the introduction to Ubuntu, the relationship between Ubuntu and Linux, Ubuntu vs Windows, and other basic topics.