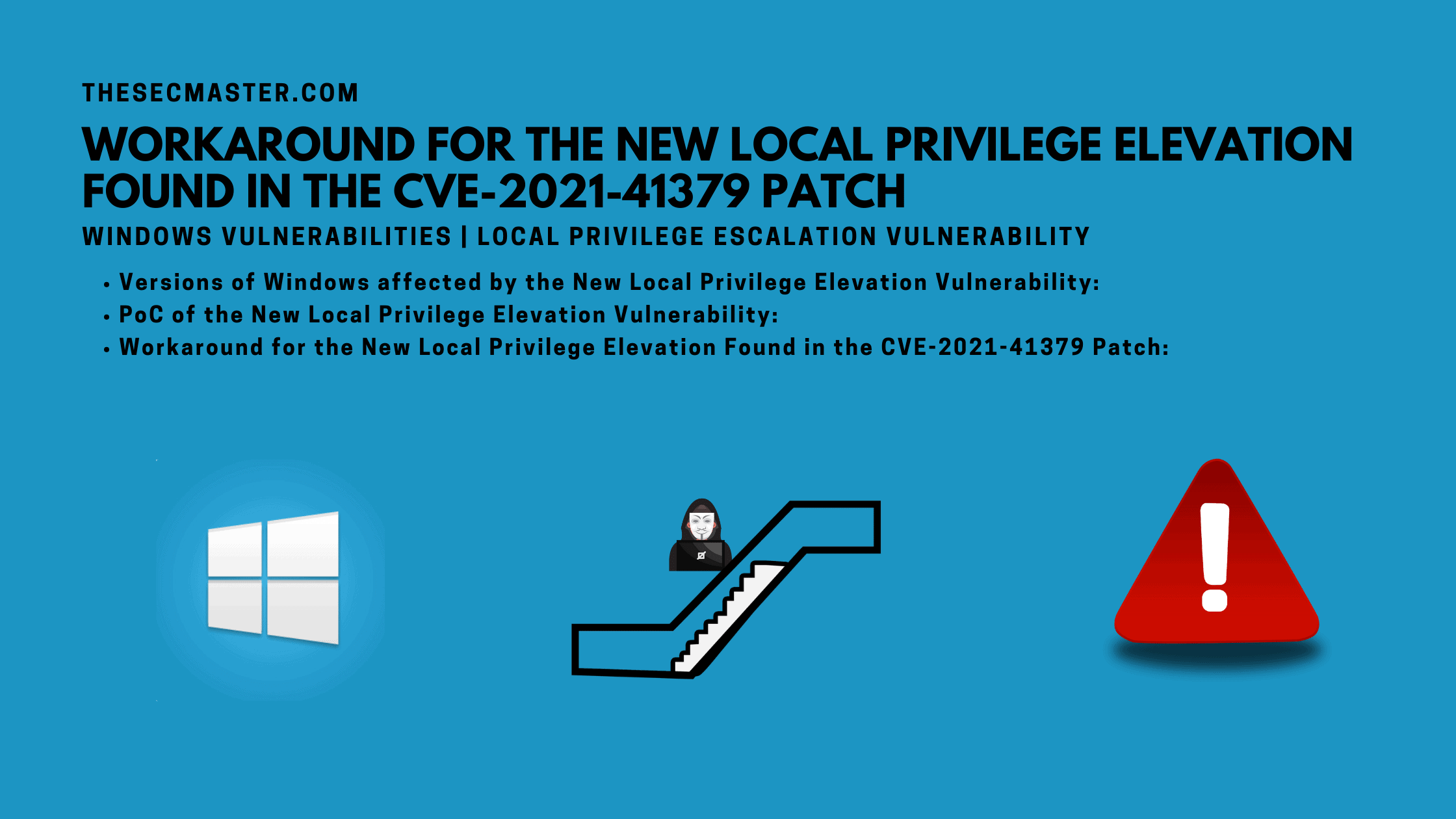 Initially, the CVE-2021-41379 vulnerability is categorized as medium severity vulnerability with a CVSS of 5.5. After the release of PoC, we could see an appreciation in the CVSS score.

This vulnerability affects most likely every version, including Windows 10, Windows 11, and Windows Server 2022. of fully patched Windows operating systems. However, this may not affect servers that don’t have elevation service, such as Windows server 2016 and 2019.

According to the security researcher Abdelhamid Naceri, who initially discovered the elevation of privilege vulnerability which is being tracked as CVE-2021-41379, is not fully patched. On 9th Nov, what Microsoft released the patch as part of its monthly security updates is not sufficient. An attacker can still abuse the patch to gain admin privilege on the Windows machine.

A Proof of Concept is published on the public Github repository to make sure the bug was not fixed correctly. The PoC is extremely reliable and doesn’t require anything to test. “The proof of concept overwrite Microsoft Edge elevation service DACL and copy itself to the service location and execute it to gain elevated privileges. I deliberately left the code which takes over the file open, so any file specified in the first argument will be taken over with the condition that SYSTEM account must have access to it and the file mustn’t be in use. So you can elevate your privileges yourself.“

Workaround For The New Local Privilege Elevation Found In The CVE-2021-41379 Patch:

At the time of publishing this post, no official patches were released to fix the New Local Privilege Elevation Vulnerability Found in the CVE-2021-41379 patch. The best possible workaround at the movement would be to implement firewall rules to protect from the exploitation of this vulnerability. Talos intelligence published on their blog that Cisco Secure Firewall customers can use the latest update to their ruleset by updating their SRU. Snort.org recommended their customers to stay up to date by downloading the latest rule pack as Snort has published two new rules tracked as SIDs 58635 and 58636 to protect their users from the exploitation of this new LPA vulnerability.