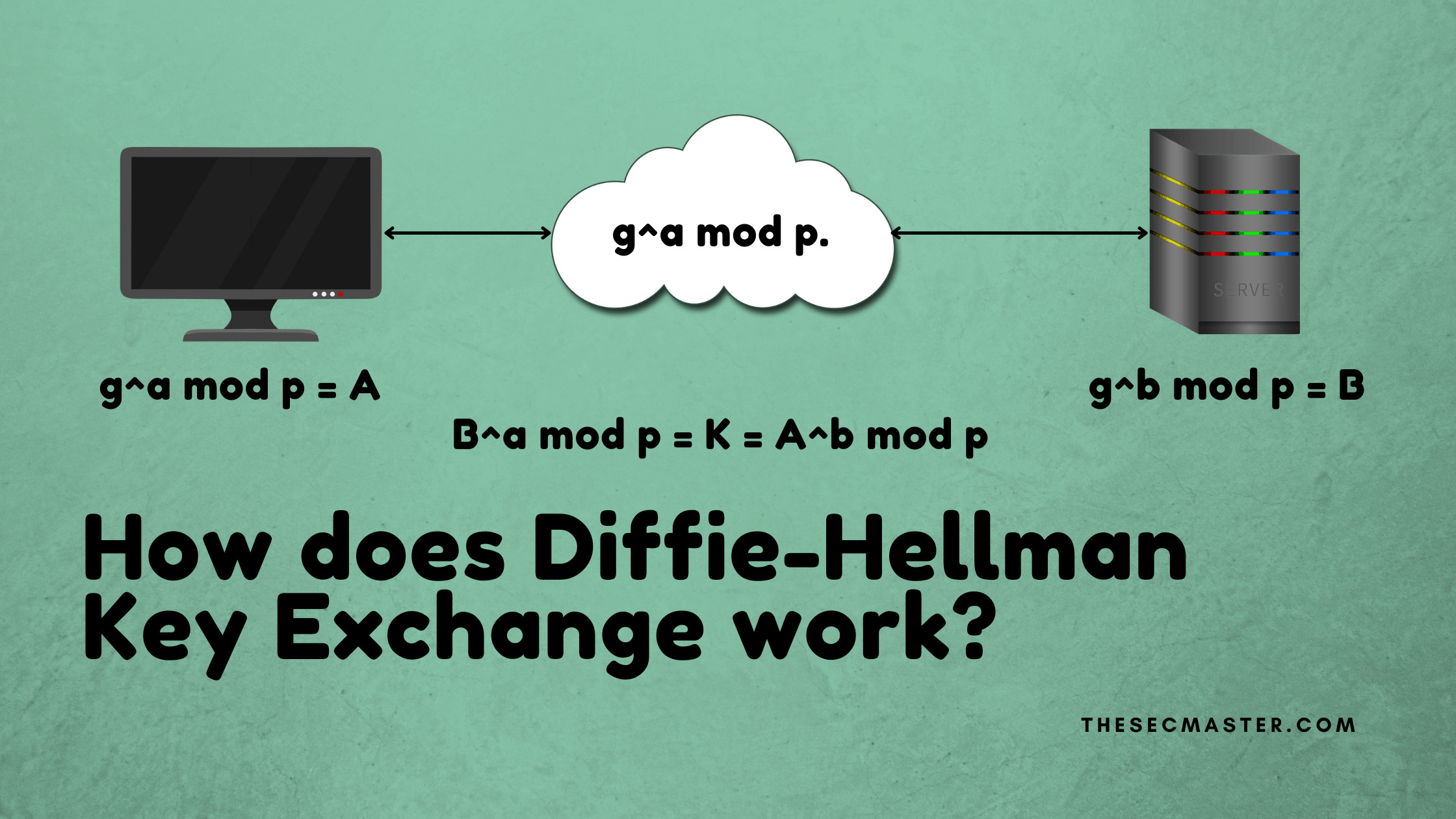 A Mathematical Explanation of the Diffie-Hellman Key Exchange Protocol:

Whitfield Diffie and Martin Hellman created a cryptographic key exchange protocol in 1976 called Diffie-Hellman Key Exchange. This protocol offers a safe way to exchange the secret key even if an intruder intercepts the traffic. In feature made it so popular that DH key exchange started becoming part of the most asymmetric encryption algorithms. Because of its popularity, it is worth understanding the logic behind the Mathematical explanation of the Diffie-Hellman Key Exchange protocol

This encryption system uses the same key to encrypt and decrypt the data. This is easy and simple to implement. However, the main concern comes in the matter of trust. How to trust the other side of the entity is legitimate. There is a high risk of sharing a decryption key with an unknown entity. On the public network like the internet, never. If the key gets leaked, any buddy can decrypt the data on the internet. To overcome this problem second method of encryption that is asymmetric encryption, is introduced.

The mathematical formula to create an encrypted key is g^a mod p.

Step 1: When the Client requests a connection to the server. The server sends a public certificate with ‘p’ and ‘g’ values.

Step 4: Both Client and Server exchange their encryption keys.

At the end of phase 1, if someone is listening to the traffic, he would be able to capture four numbers. p, g, client encryption key, and server encryption key. What he doesn’t know is a and b.

Step 5: Both Server and Client use the same mathematical function to calculate the key.

In this example, 129 is the key that works as a symmetric key.

At the end of phase 1, if someone is listening to the traffic, he would be able to capture four numbers. p, g, client encryption key, and server encryption key. What he doesn’t know is a and b.

This completes the key exchange process. As we said earlier, there will not be a direct key exchange between the two parties, but the result of phase 2 serves as a symmetric key.

Thanks for reading this article. Please visit our site to read such interesting articles.