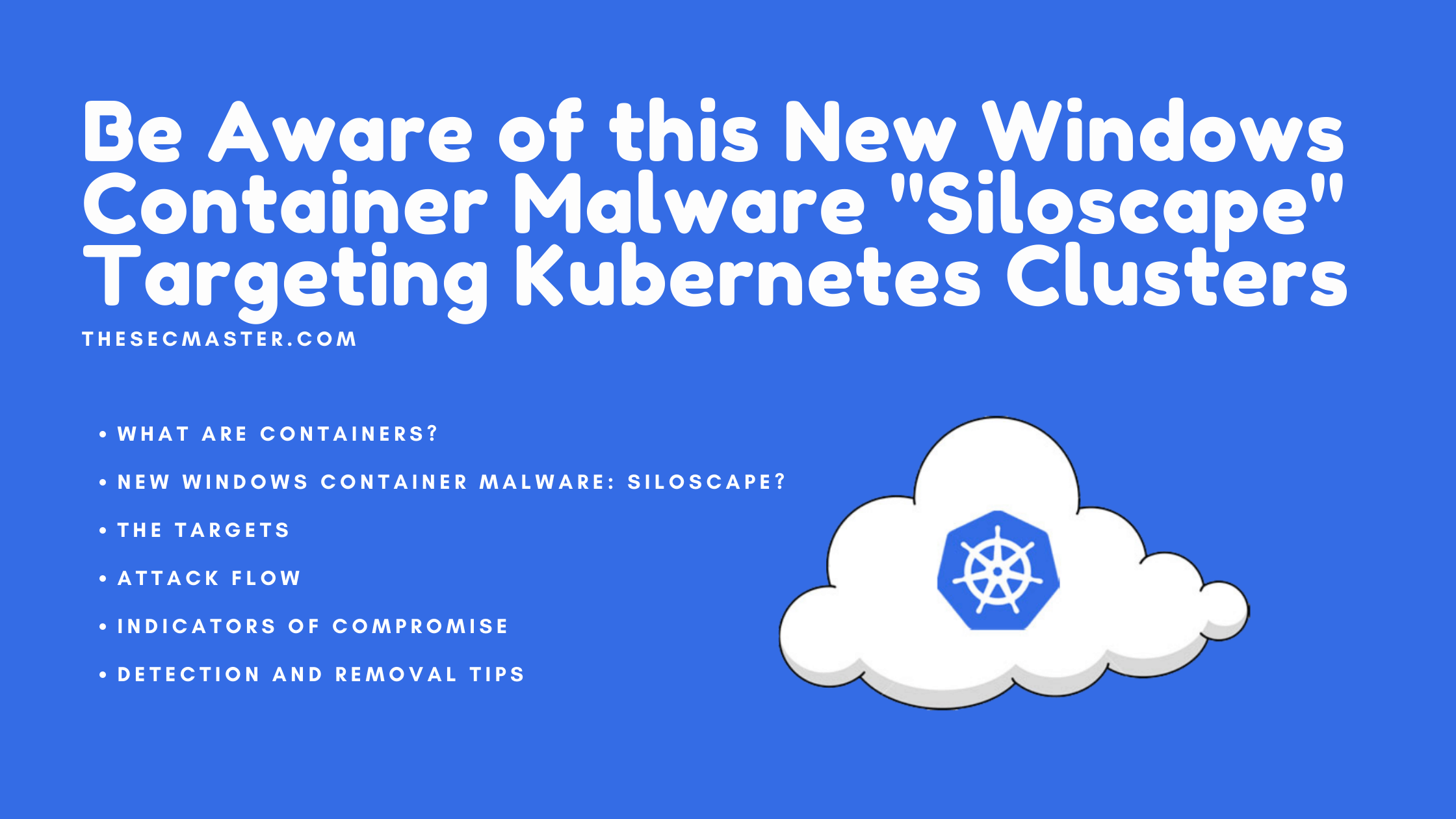 What Do We Know About This New Windows Container Malware: Siloscape?

Siloscape malware was first identified in March 2021 by Daniel Prizmant. Its main target is cloud applications like web servers. It is designed to gain access by exploiting the known vulnerabilities and opens a backdoor in order to run malicious containers inside the Kubernetes clusters. Its highly obfuscated code leverages Windows container escape techniques to escape the container and gain remote code execution access on the underlying node. This malware can also harvest computing resources in a Kubernetes cluster for cryptojacking and exfiltrate sensitive information from the compromised clusters.

Some common behaviors and characteristics of Siloscape malware:

Research reveals that this malware is just a small part of a larger campaign, which has been taking place for over a year. Furthermore, the report also confirmed that this campaign was active at the time of writing this post.

The actual size of the victims is unknown. However, when the researcher examines one of the C2 servers, he found 23 active victims at that time, and the server was being used to host 313 users in total.

Indicators of Compromise Captured During the Analysis of Siloscape Malware

Follow these recommendations to get rid of this threat:

Thanks for reading this post. We request to share this post with all who use Windows Containers in their daily lives and make them aware of this threat.