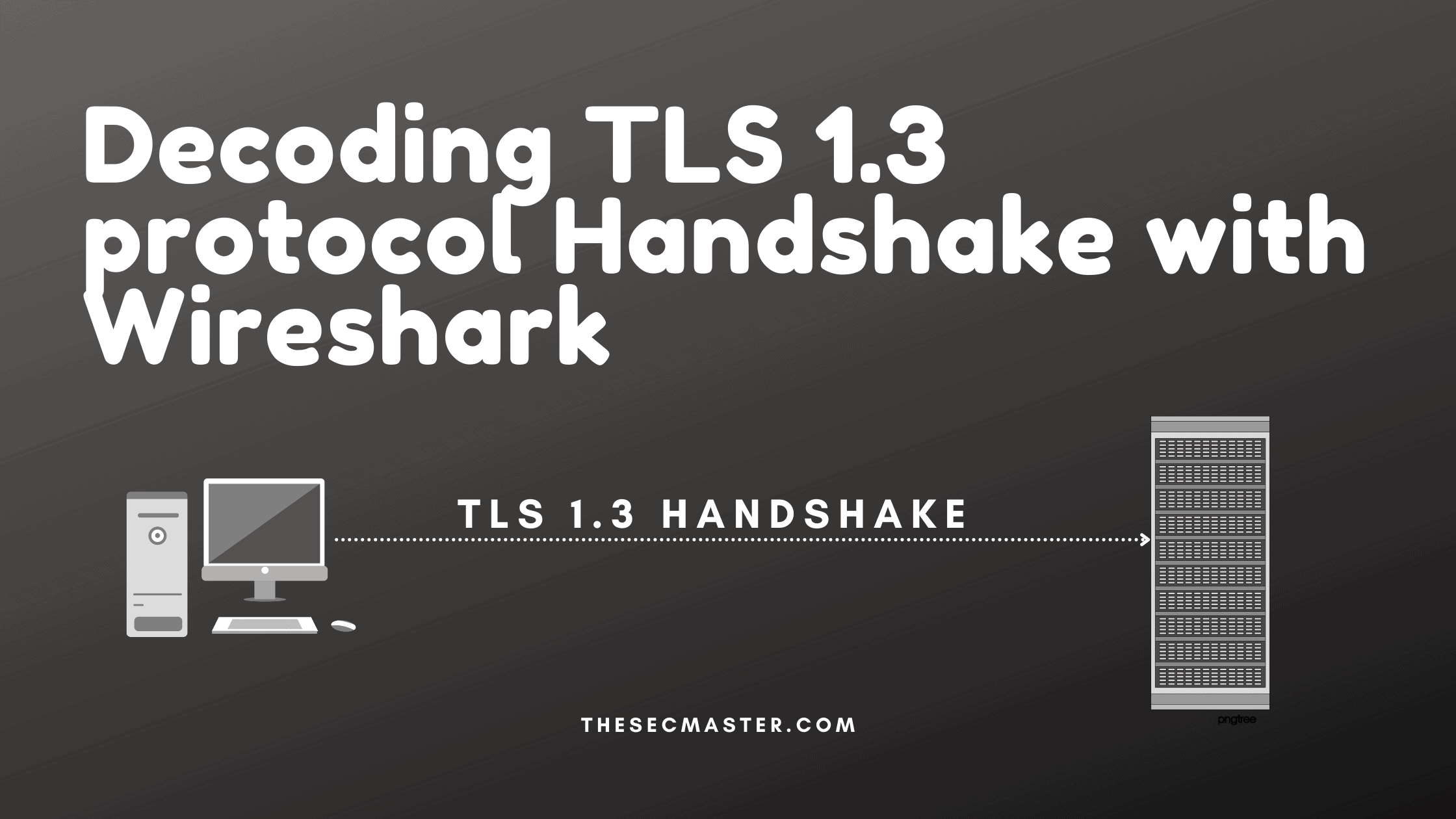 TLS handshake will kick off imminently after the TCP three way handshake process gets completed.

The TLS 1.3 handshake also begins with the “Client Hello” message as in the case of TLS 1.2. So far, this doesn’t look surprised,
See the next information. Now, it’s unexpected to see the client is requesting a TLS 1.2 handshake.  In fact, it is.  The reason for this is, practically, TLS 1.3 isn’t as close to the universe as TLS 1.2. Most of the web servers still try to negotiate TLS 1.2. And, in support of this, there is no much difference in the Client Hello message of TLS 1.2 and 1.3. If the server only understands TLS 1.2, it will just negotiate a TLS 1.2 handshake as before. If so, then how does the client tells the server that it actually understands TLS 1.3 too? Well, the answer is a new client hello extension’.

In reply to the “Client Hello” message, the server replies with the ‘Server Hello’ and the chosen key agreement protocol if it supports TLS 1.3. The ‘Server Hello’ message not only contains the session ID, UTC time, 28 byte random number, selected cipher suite but also the Server’s key share, its certificate, and the ‘Server Finished’ message and starts encrypting the data. From this message, the server will send the data in encryption format.

In TLS 1.2 handshake process server sends finished message and starts encrypting the data in the second round trip in step 5.

Now, the Client checks the certificate shared by the Server, generates symmetric keys as it has the key share of the Server, and sends the ‘Change Cipher Spec and’ and ‘Client Finished’ message. From this point, both the Client and the Server start communicating by encrypting messages.

In TLS v1.3, the whole process is shortened from six steps to three steps. This saves approximately 25% to 50% of the time to complete the TLS process. This completes the TLS 1.3 protocol handshake process.

Thanks for reading this article. Please visit our site to read such interesting articles.