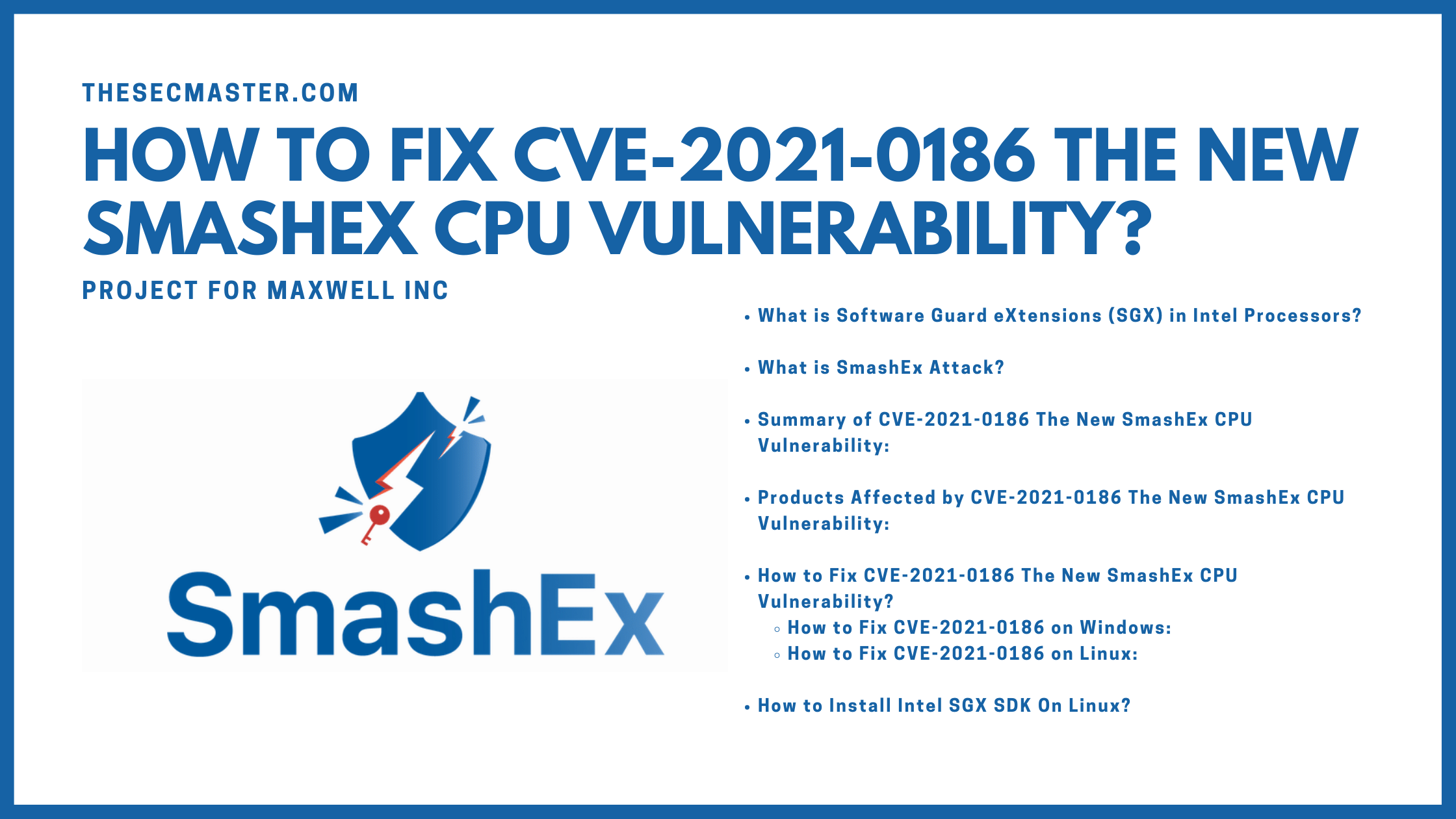 What Is Software Guard Extensions (SGX) In Intel Processors?

Intel introduced Software Guard eXtensions in short SGX with the release of Intel’s Skylake processors. SGX was primarily designed to run selected application modules in a completely isolated memory, which is called an enclave or a Trusted Execution Environment (TEE). The main purpose of SGX is to protect application modules from high privilege processes like the operating system. However, Intel allowed operating system processes to interrupt the enclave execution through configurable hardware exceptions for normal operations. This allows enclave runtimes like Intel SGX SDK and Microsoft Open Enclave to support enclave execution interruptions which lead enclaves to live with re-entrancy vulnerabilities.

“SmashEx is an attack that exploits re-entrancy vulnerabilities in the exception handling designs of Intel SGX (Software Guard eXtensions) enclave runtimes.” This result in Improper input validation vulnerabilities in the Intel(R) SGX SDK applications. This enables adversaries to steal sensitive information stored within enclaves or perform arbitrary code execution inside the victim enclave.

For Linux users, Intel released Intel SGX SDK v 2.14 and v 2.15 in July and Sep 2021 respectively. You can download the packages for your Linux distributions and install on them. Read the release notes for more information.

How To Install Intel SGX SDK On Linux?

Note: For hardware build you may need to install SDK Driver and SDK PSW packages.

This is how you can fix CVE-2021-0186 the new SmashEx CPU Vulnerability on your Windows and Linux machines.