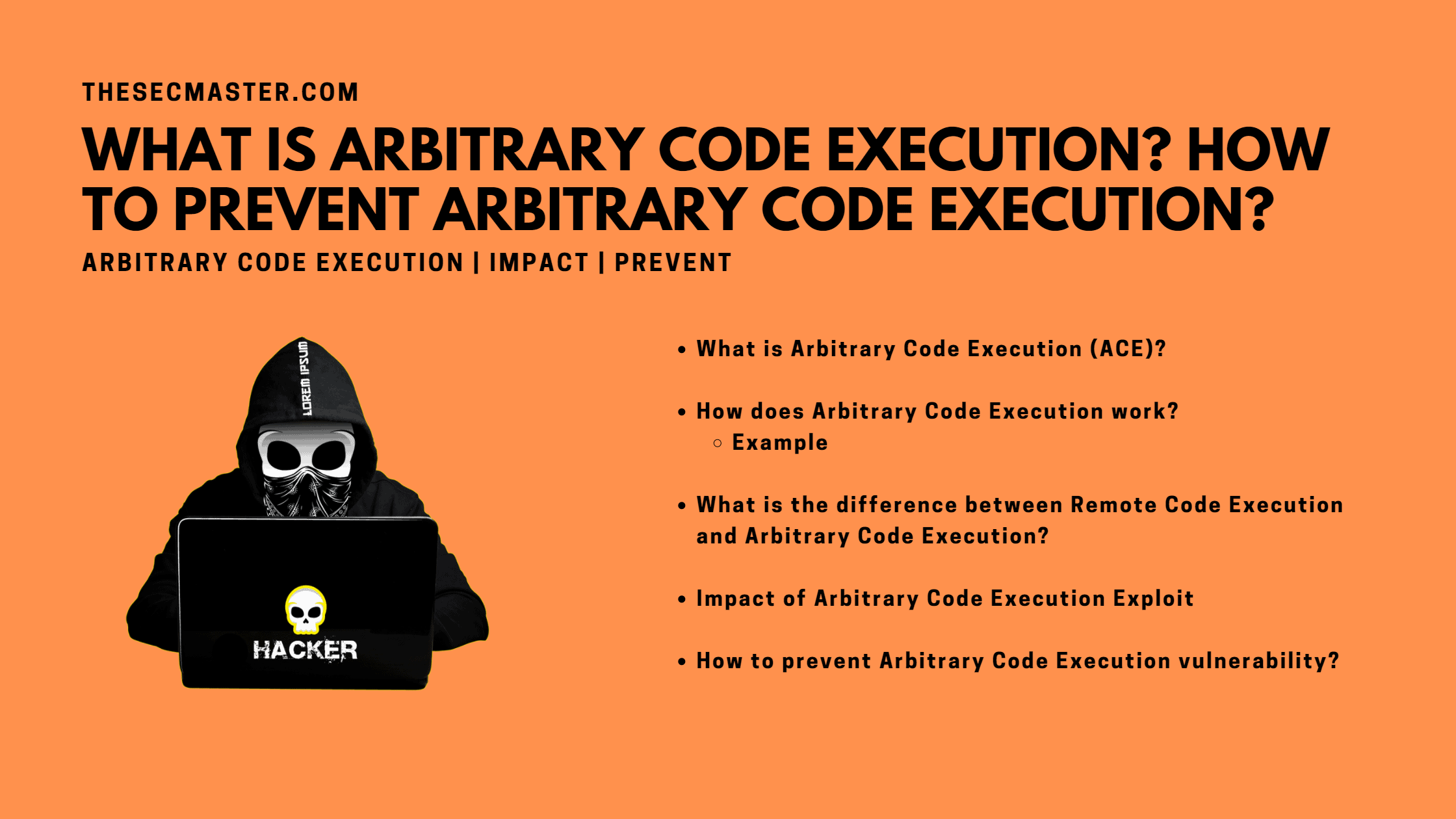 In this digital age, many organizations have developed web-based applications that allow easy access and uninterrupted services to users. If the applications are written without security standards. Those can be manipulated to get unauthorized access to the webserver and user data. Arbitrary code execution is a security flaw allowing criminals to execute arbitrary commands on the target system.

What Is Arbitrary Code Execution (ACE)?

Arbitrary code opens a backdoor into a system or steals sensitive user information (such as passwords), or turns off security protection to launch attacks. The arbitrary code execution vulnerability means that an attacker could upload malicious code to a system by exploiting a vulnerability and trick the remote system into executing that code. The technique used to upload malicious code to a system is called injection.

How Does Arbitrary Code Execution Work?

Computers can not differentiate between commands and valid inputs. If you use a proper sequence of letters and numbers and the system is built to accept them, you can transform any entry into an attack. An attacker can trigger an already existing problem, modify information within a program, install a program to run later, or load different code.

The target device or software controls the access level an attacker has, but the attacker’s goal is to escalate the privileges. Basically, the attacker tries to gain administrative control over the device. If they succeed, the system could become a zombie device for attackers to exploit in another attack.

In 2014, a gamer used buttons on a controller and Arbitrary Code Execution to hijack the video game Super Mario World. Retrogaming hobbyists managed to detect vulnerabilities in the classic video game to execute malicious code. They can have considerable consequences than altering a video game. Attackers can use Arbitrary Code Execution to run extortion schemes and steal data. Search history and private text messages can also be exposed when attackers use ACE.

Arbitrary code execution exploits can be disastrous for your website, application, or system. It can harm you in the following ways.

You must think of all the prevention techniques using which someone might tap into and exploit a system.