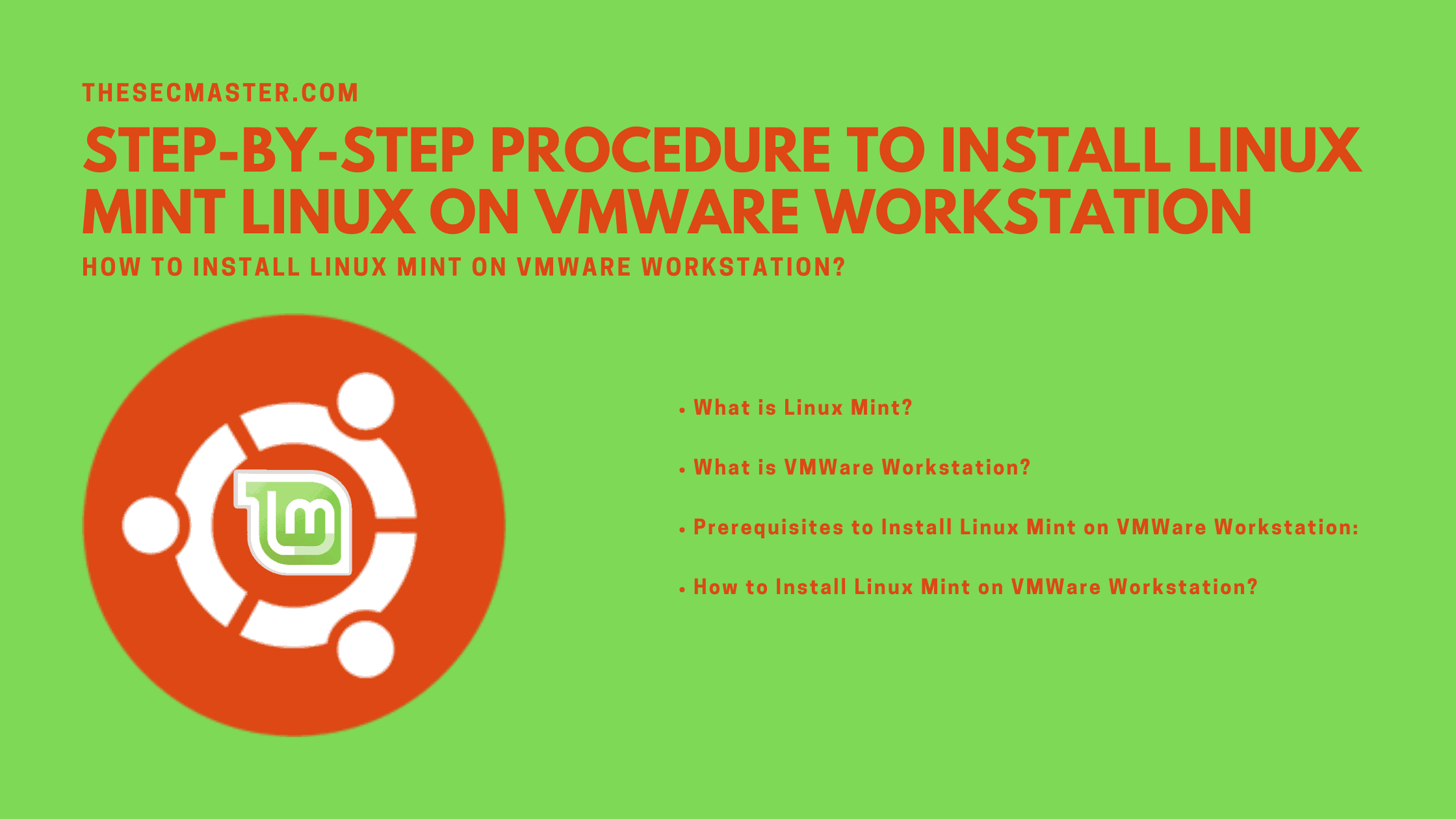 As more as the technology develops it gives more flexibility, usability, and portability. With the introduction of cross-platform technology like virtualization and remote computing, any program can be run on any platform irrespective of compatibility. Hardware virtualizations allows to create a fully working virtual machine on any platform. VMWare Workstation is one such hardware visualization platform available in the market on which any virtual machines can be created. In this post, we will show you how to install Linux Mint on VMWare Workstation to create a full-fledge working Linux Mint virtual machine.

What Is Linux Mint?

Linux Mint is a Linux operating system based on the Ubuntu platform. Linux Mint operating system is most likely developed for desktop and laptop computers. Its multimedia, graphic design, web, and gaming support have made Mint the fastest-growing Linux distribution. For more information, visit its home site.

How To Install Linux Mint On VMWare Workstation?

How to Install Linux Mint on VMWare Workstation?