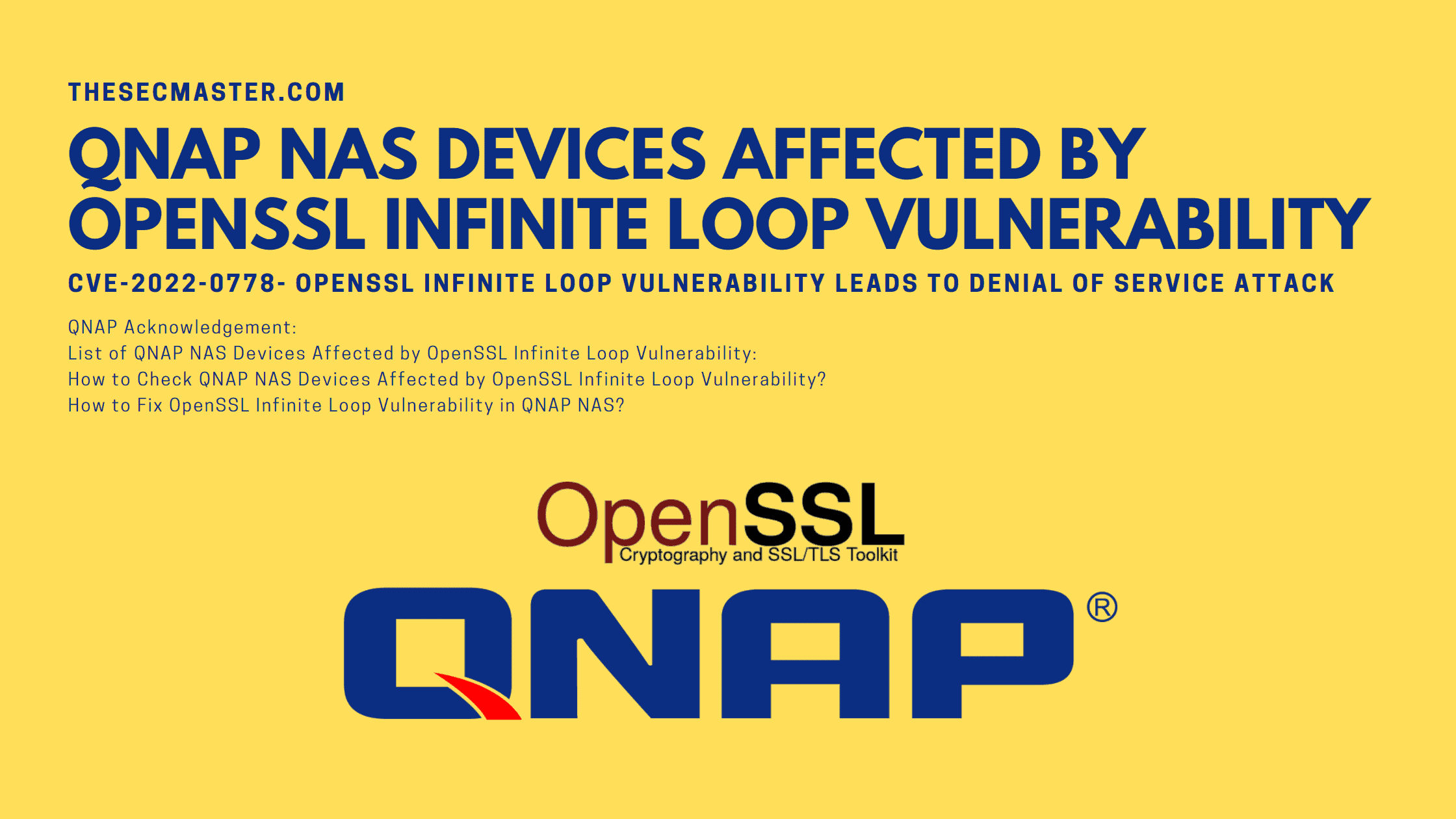 QNAP, a Taiwanese NAT manufacturer company, issued a warning on the recently disclosed OpenSSL Infinite Loop vulnerability affecting its network-attached storage (NAS) appliances. According to the vendor, successful exploitation of the vulnerability on its products would allow attackers conduct denial-of-service attacks on its vulnerable NAS products. It is highly important for all QNAP NAS users to see the list of QNAP NAS Devices affected by OpenSSL Infinite Loop Vulnerability and take action to protect their devices.

QNAP stated, “An infinite loop vulnerability in OpenSSL has been reported to affect certain QNAP NAS. If exploited, the vulnerability allows attackers to conduct denial-of-service attacks.”

How To Fix OpenSSL Infinite Loop Vulnerability In QNAP NAS?

QNAP is still in the process of investigation, and no mitigation or patch has been released at the time of publishing this post. We urge all QNAP NAS owners to visit their official advisory and track the updates.