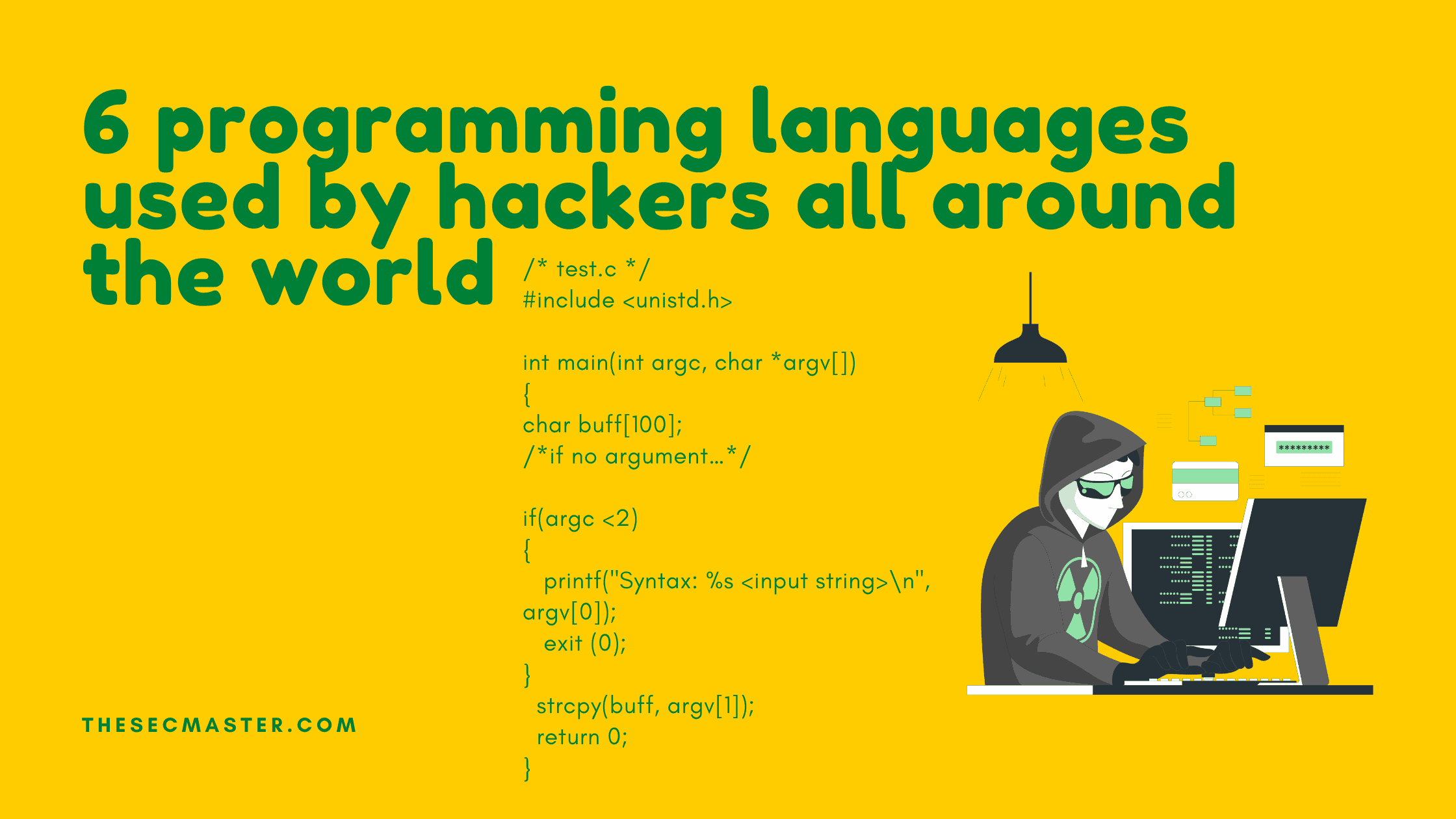 To be frank, not a single programming language is enough to become a successful pentest engineer. The reason for this is that pentesters usually need to work with almost any technology like databases, applications, services, operating systems, and network protocols, and the list is endless. So a successful pentest engineer can’t limit himself to a specific technology. Despite all these things, we have listed only a few commonly used programming languages for hackers and pentesters in this article.

Is It Necessary to Learn Programming Languages for a Pentester?

Maybe different people have different answers. But, in my opinion, a programming language is very much required because of several reasons. In advance ethical hacking concepts, you will have to use plenty of scripts and exploits which are written in various programming languages. If you want to earn mastery in exploits, knowledge of programming is a must. And the second main reason is that if you want to use your own tools to perform penetration testing or want to modify the created tools as per your need, then you should write your own codes to create exploits. After all, How long do you rely on the other’s code?

We have listed only six languages here; this doesn’t mean that these are the only languages you should learn. We have picked these languages as we have seen these languages are being used very extensively in pentesting. Secondly, we are not giving rankings from best to worst. In our list, we have kept Python in the first and assembly language in the last. This doesn’t mean that Python is the best, and assembly language is the least to use. In pentesting, there is nothing best than others. Each one of the programming languages is unique. For a typical pentester, it is as good as he has knowledge of programming. Let’s start the list from Python.

Python is my all-time favorite language. Python is a very simple, powerful, and general-purpose, high-level programming language. It’s quite popular these days because of its versatility. It can be used as both a programming and scripting language. Because of its simplest nature, object-oriented, rich libraries, and large community, is gaining traction in the cybersecurity field. It’s one of the languages which is very extensively used in hacking, pentesting, and ethical hacking. Using Python, you can easily create many network tools like sniffing tools, password cracker tools, keylogger tools, and GUI tools. In addition to those, Python can be used in creating automation tools, malicious programs, exploit writing, and more. Another big reason to use Python is it supports cross-platform, the same program can be run on multiple platforms. All these features make Python a perfect programming language for hackers and pentesters.

C# is among the best programming language for Windows hacking and pentesting. Hackers and Pentesters use C# programming language to create many types of malicious programs like Cryptor, Binder, Dropper, RAT, Ransomeware, fuzzing, and many exploitation tools. And it can also be used in security tools automation. All in all, C# is the right choice for both black hat and white hat hackers.

All these nature of C/C++ made this one of the good programming languages for hackers and pentesters.

Go language is another open-source high-level programming language created by Google. Google has developed Golang similarly to the C language. So it is commonly known as C for the 21st century. Those who know C don’t have to struggle to learn the Go language as it shares the same syntax as C. Along with syntax, it offers pretty much everything that C offers. In program execution, it takes the same amount of time as C. In terms of performance, both are pretty much the same. Go language offers the same hardware accessibility features. You might ask, If everything is the same, then what is the need for Golang? Go language is rich in terms of libraries. Rich libraries and a clean package management system make this language more convenient for writing complex programs.

Thanks for reading the article. Please visit our site to read more such interesting articles.