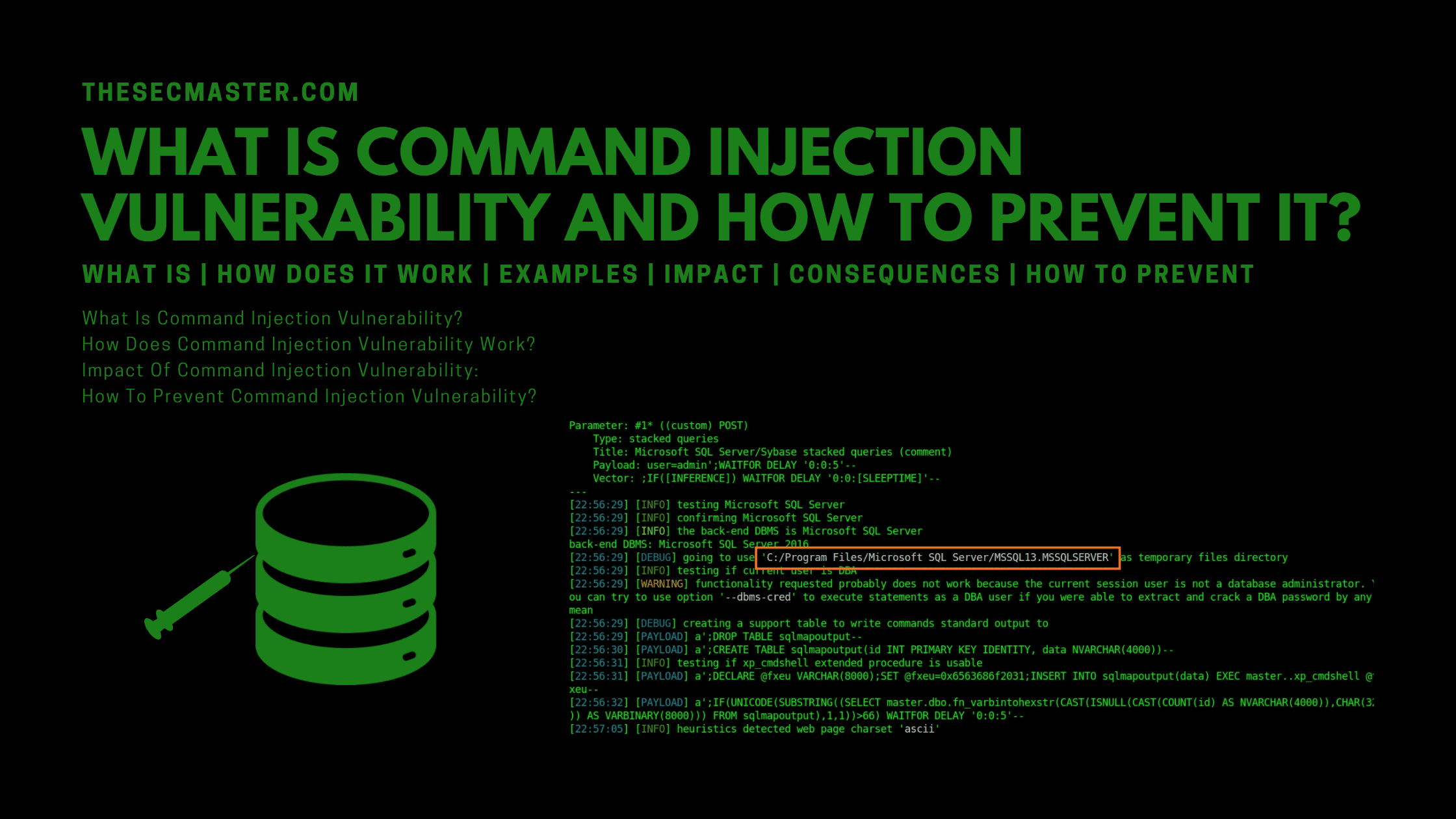 What Is Command Injection Vulnerability? And How To Prevent It?

This article will discuss command injection vulnerability, how it works, its impacts, and ways to prevent it. Let’s get started.

What Is Command Injection Vulnerability?

Command injection is a type of attack in which the attacker injects malicious code into a legitimate command or query, in order to execute unauthorized actions on a system. This can be done either by manipulating the input data provided to the command (such as via user input) or by exploiting vulnerabilities in the way the command interprets and processes this data.

Command injection attacks are particularly dangerous because they can often be carried out without any prior knowledge of the system or even any authentication credentials. Moreover, once an attacker has successfully injected malicious code into a legitimate command, they can potentially gain full control over the system.

There are a number of ways in which attackers can carry out command injection attacks, but one of the most common is known as “SQL injection.” In a SQL injection attack, the attacker injects malicious code into an SQL query in order to execute unauthorized actions on the database.

A command injection attack can occur due to the following vulnerabilities.

How Does Command Injection Vulnerability Work?

Attackers add the semicolon and execute the arbitrary OS command to escape the ping command.

To ensure command injection vulnerability in your web application, you need to validate user input and allow only required commands for the task. You can also clean the user input by removing special characters like a semicolon;

Command injection vulnerabilities can be difficult to detect and exploit, making them a serious threat to businesses and individuals alike. It is often considered a high severity vulnerability due to the wide-ranging impact it can have on an organization. Many popular web applications and devices are vulnerable to command injection, which makes this type of attack relatively easy to carry out.

Some Consequences Of Command Injection Vulnerability are:

How To Prevent Command Injection Vulnerability?

Here are some common ways to prevent command injection vulnerability.