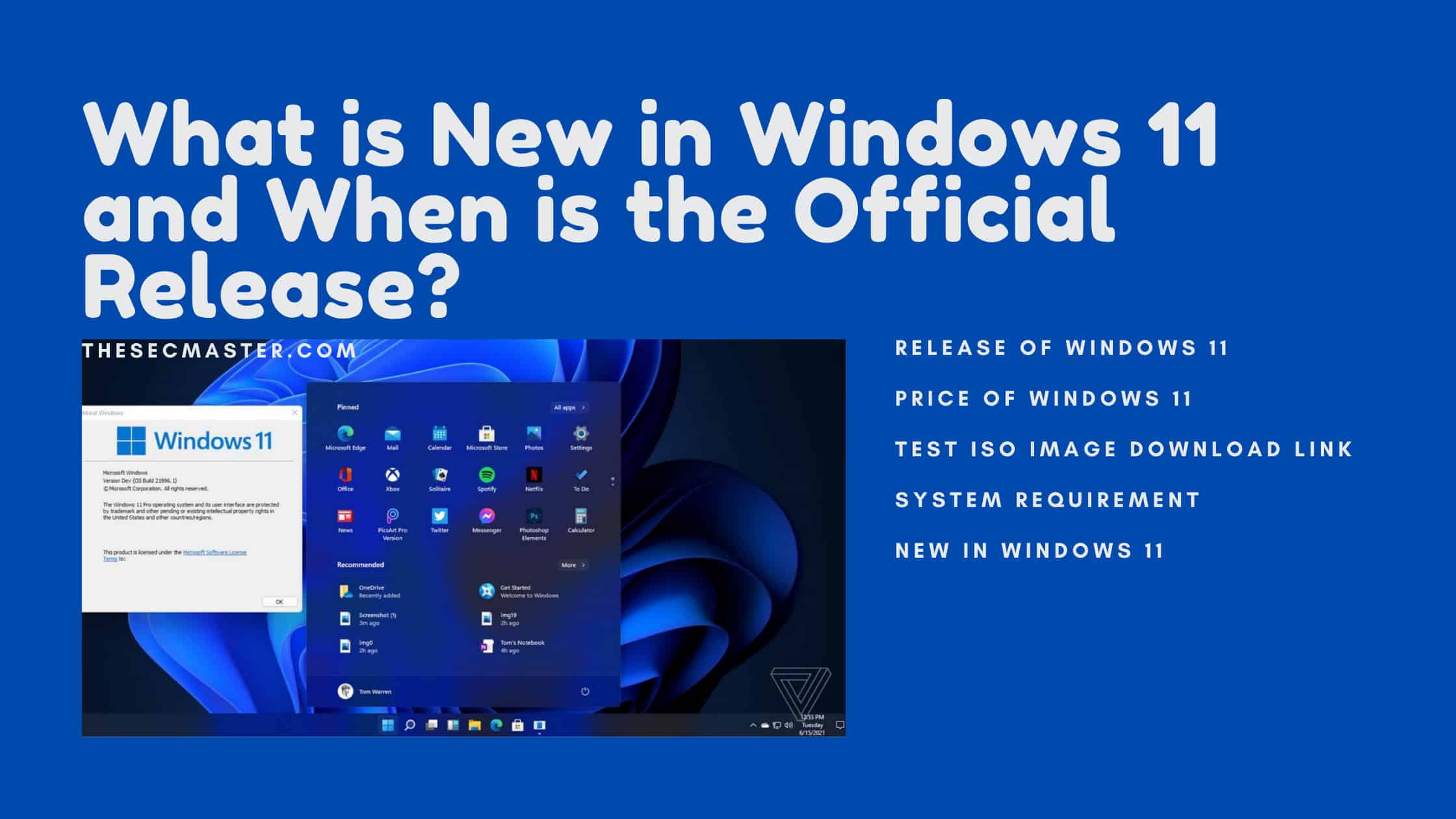 What Is New In Windows 11 And When Is The Official Release?

All-time favorite Microsoft’s Windows Operating System is on the tip of the ice burg after Microsoft has announced the official end of life of the currently running Windows 10 Operating System. Microsoft has clearly announced the versions of Windows 10, which is going to end of support on their website—according to the information shared over the website. All four versions of Windows 10, Home, Pro, Enterprise, and Education, will retire on Oct 14, 2025. From the date, no official support will be provided for Windows 10. When the world is curious to know about Microsoft’s next move on Windows 10, a testing ISO image of Windows 11 has leaked on the internet. Let’s look at some of the important news and what is new in Windows 11.

We have answered to the most frequent questions about Windows 11 that you should know.

When is the Official Release of Windows 11?

Microsoft’s recently scheduled a virtual event for Jun 24, subtitled ‘Join us to see what’s next for Windows. The event is set to take place at 11 am ET/4 pm BST/5 pm CET, with presentations from both Microsoft CEO Satya Nadella and Chief Product Officer Panos Panay. However, the leak of Windows 11 testing ISO image has revealed many things about the feature, gesture, appearance, and many more things. The official date is yet to announce.

How much Windows 11 would cost?

Microsoft may keep the upgrades available for free for a certain time as like Windows 10. But, we don’t have any clue about that. Based on the current pricing kept for the Windows 10 upgrade. We might guess that Microsoft will make their users pay some price to upgrade their Windows 10 to Windows 11. If you are in plan to buy any Windows Desktop/Laptop, you might see Windows 11 running on the new devices soon.

Will Windows 11 run on your device?

To answer the Windows 11 system requirement. Microsoft will most likely keep the same as Windows 10s’. That means most of the Windows 10 running devices will be compatible to run Windows 11 either. However, Microsoft can make use of this opportunity to withdraw the support of Windows 11 from the old hardware on which Windows 10 is struggling to run.

Please visit the link to know How to install Windows 11.

It is very early to answer what is new in Windows 11. By looking at its first gesture, we can say that Microsoft has done a lot of changes on the desktop, background wallpapers, folder icons, taskbar, start menu, app search, Windows logo, and other GUI elements. You can also say that Microsoft has added new animations, sounds, touch controls, new widgets to its new Windows 11. In addition to these, you can also see the upgraded Action Center, rounded corners, and an entirely new way of handling multitask operations.

We have seen many changes in GUI elements, but we haven’t seen the major changes in its core features and functions. We have to wait until the official announcement is made on the event, which is happening on Jun 24, 2021, at 11 am ET/4 pm BST/5 pm CET to see what is new in Windows 11.

Thanks for reading this news post. We have tried to gather all the information required to know for the public. We will keep the information updated as soon as we receive it.