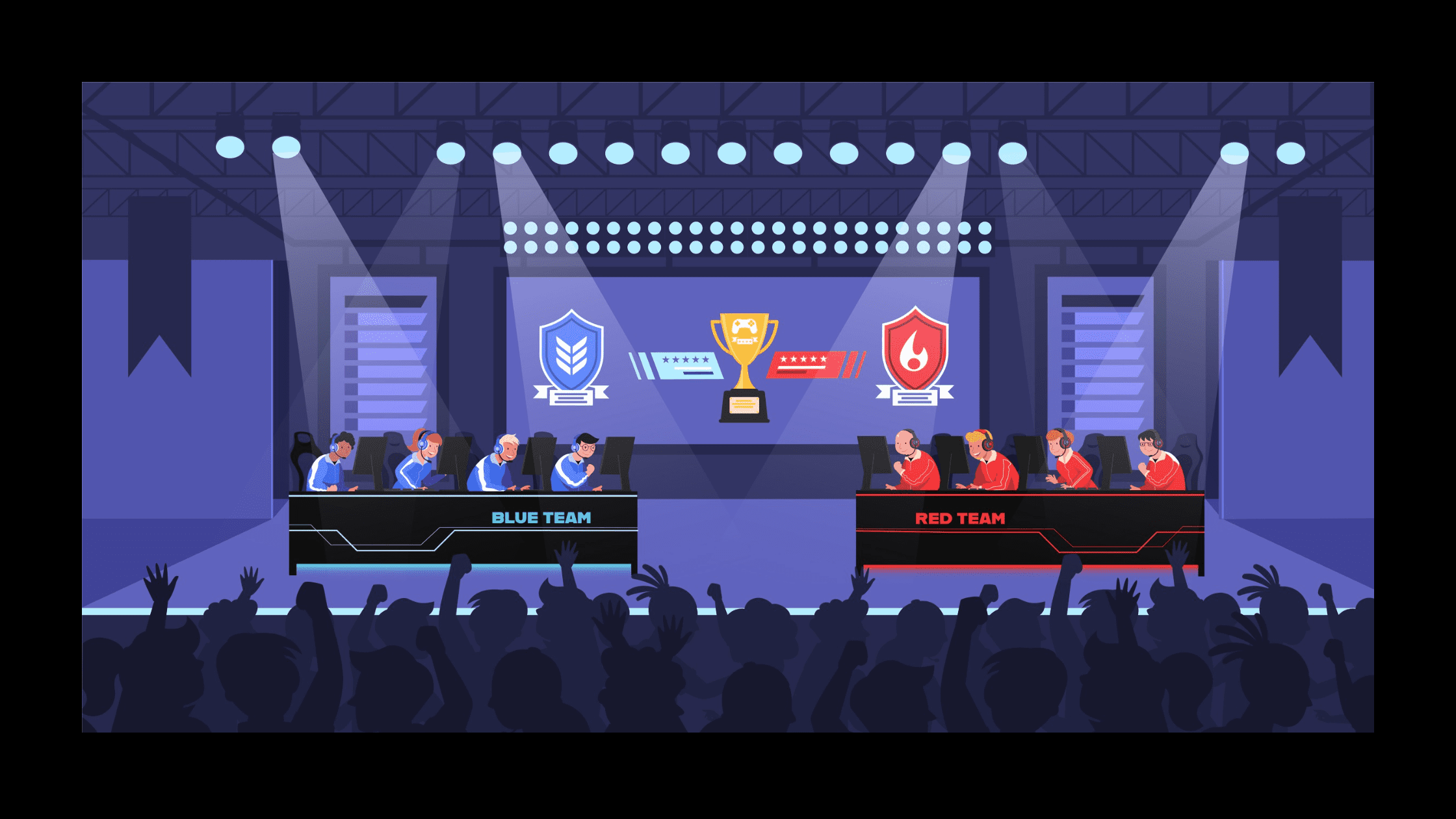 What is Red Team? How Red Teaming is Different Than Penetration Testing?

With the rapid technological advancements, there’s a high risk of cyber attacks making organizations compromise their sensitive data. With this risk, it is important for organizations to know where they are lacking and what they should do to improve their security.

This is where the need for red teaming arises. Spending some dollars to hire someone to tell you your technological flaws can be fruitful in the longer term. According to a survey conducted in 2020, 92% respondents used red teaming processes.

What is Red Teaming?

In the field of cyber security, red teaming is a type of assault intended to simulate a real-world cyber-attack and gauge a company’s preparedness to deal with it. An Ethical Hacking team or any comparable offensive security team does this task.

What Are the Different Phased of Red Team Activities?

Following are the different phases of Red Team activities:

The first step of a red team is always to plan and establish goals since it is essential to know what you are against. Some companies, for instance, focus on vulnerability discovery and have no use for social engineering.

Furthermore, some businesses are interested in learning how attackers may exploit the flaws. Even fewer people need all of these. It is crucial, then, to have a clear idea of what has to be accomplished.

After the reconnaissance phase, a red team should know a lot about the target’s online and offline routines and security measures. The red team uses this data during the target identification phase of an attack to find weak spots and devise strategies for accomplishing their goals.

Network scanning and enumeration are examples of the active information-gathering techniques used at this stage. The team will identify many strategies to increase their chances of success.

The red teams had taken their first significant action against the company. In the last phase, known as “gaining access,” the red team gains access to the network by using the flaws it found in earlier stages to bypass the security measures.

This might be done by exploiting security holes in the program, manipulating the employees, or breaching the physical defenses. This phase aims to provide the red team a foothold within the target’s defenses to accomplish the assessment’s objectives.

Once a red team has gained access to a system, keeping that access open is a top priority. It may be difficult or impossible to keep utilizing the original connection, depending on the assault vector. To ensure the red team has the access necessary to complete the assessment objectives, they will now grow and infiltrate the target network to set up communication channels and persistence mechanisms.

Finally, the attackers or red teams execute a process called “covering tracks,” in which they remove any evidence of their presence that the administrator may use to pinpoint their location.

Red teams create a report detailing their findings after each phase, which includes a study of the vulnerabilities they detected, remediation actions and suggestions, and a summary of the results for internal dissemination.

To run a red team, here are the top three tools that you need.

Cobalt Strike is a commercially available and fully featured testing tool available for penetration. It is offered by Strategic Cyber LLC based in Washington DC. It comes with various customization capabilities which threat actors use for their processes. Its functionality is further expanded with its post-exploitation tools like Mimikatz.

Officially released in 2020, Brute Ratel is a most popular tool that is used by Red teams. It is a post-exploitation and stimulation tool kit that is customizable with its command and control framework. This is accomplished by abusing PsExec for service installation.

Metasploit is one of the most common attack platforms used by red teams for penetration testing. The availability of Metasploit to use it to perform actions on remote systems and achieve lateral movements, make it one of the best tools/platforms.

How is Red Teaming Different Than Penetration Testing?

For individuals who aren’t familiar with the security field, the jargon may be overwhelming. Red teaming and penetration testing are two concepts that have become increasingly interchangeable despite their significant differences. So, How is Red Teaming Different Than Penetration Testing?

To know this, it is important to know what red teaming is. Red teaming is a more technically advanced and time-consuming method of assessing an organization’s reaction capabilities and security measures than traditional Penetration Tests.

If you want to see how secure your system is, you can do a penetration test on it by attacking it in a simulated manner. This may be accomplished either from outside the network or from within it. Red teaming is an all-encompassing tactic that mimics a real-world attack in many ways, including penetration testing.

Red teaming is an all-encompassing method that tests security’s technological and human components. The exercise simulates a cyberattack and evaluates the preparedness of a company to respond. Everything from the people who make up the company to the systems and networks they use must be protected.

Red teaming is a more all-encompassing strategy to understand an organization’s security position better. It can help them find holes in their defenses so they can patch them before an actual assault happens.

Penetration Testing is a more targeted approach that focuses on testing specific individual systems for vulnerabilities. It is usually conducted by a single security expert who attempts to exploit known vulnerabilities in order to gain access to the system. Red Teaming is a more comprehensive approach that simulates a real-world attack on an organization’s systems and infrastructure. It is usually conducted by a team of security experts who have in-depth knowledge of various hacking techniques and tools.

So, which approach is better?

So, which one should you use? “Red Team vs Penetration Testing”? It depends on your needs. Penetration testing is a good option if you’re looking for a way to test your organization’s defenses. Red teaming is better if you’re interested in trying your organization’s ability to detect and respond to threats. Well, it really depends on the organization’s needs. Red Teaming is a more comprehensive and realistic approach, but it can be quite expensive and time-consuming. Penetration Testing is less comprehensive but can still be effective, and it is usually cheaper and quicker to conduct.

In business, security teams are often divided into two groups that are fighting for the same goal. They are known as the Red Team and Blue Team. This is the time to take a look at what these teams are, how they operate, and what their strengths and weaknesses are.

On the other hand, the Blue Team is usually the defender. They are the ones who are trying to protect the status quo and keep things the same. They are also the ones who tend to be more cautious. A “blue team,” often consisting of security specialists entrusted with safeguarding an organization’s infrastructure and assets, defends the security environment during red team testing. Since they understand the organization’s security measures and goals, they aim to improve defenses and stop attacks in progress.

Blue teams will collect information and conduct a thorough risk assessment to determine what needs to be done to improve security. Technical fixes and stricter user procedures, such as more secure password requirements, might be part of the answer.

For this reason, blue teams frequently use monitoring systems that let data to be recorded, inspected, and analyzed. Then, more investigation may be conducted into anything that seems ordinary. For their part, blue teams will start countermeasures by conducting drills like DNS audits, footprint analysis, and configuration checks to verify that the security measures are foolproof.

Both teams have their own strengths and weaknesses. It is important to understand these so that you can decide which team is right for you.

– more likely to play it safe

– better at planning and strategizing

Now that we have looked at the strengths of both teams, let’s take a look at their weaknesses.

– can be too reckless

– can be overly confident

– can be too cautious

– can be risk averse

What Are the Benefits of Having a Red Team?

There are many benefits of having a Red team, for example;

What Are the Common Challenges of Red Teaming?

One of the most common challenges that red teams face is getting accurate intelligence on their target. This can be difficult to obtain, especially if the unit is unfamiliar with the company or organization they are targeting.

In addition, red teams may also have difficulty gaining access to certain areas of the target’s network or facilities. Another challenge that red teams often face is maintaining their cover while conducting their activities.

This can be difficult, primarily if the team operates in a hostile environment. Finally, red teams may have difficulty exfiltrating sensitive information or data gathered during their operations.

Knowing what red team is or what red teaming is not useful unless you know how to get them to help you with your organizational needs. Red teaming activities offer a complete look at virtually every strategy, weakness, and entry point that hackers can use to penetrate your systems for a wide variety of reasons. These exercises are performed by a group of people wearing red. Please share this post and help to secure the digital world. Visit our social media page on Facebook, LinkedIn, Twitter, Telegram, Tumblr, & Medium and subscribe to receive updates like this.