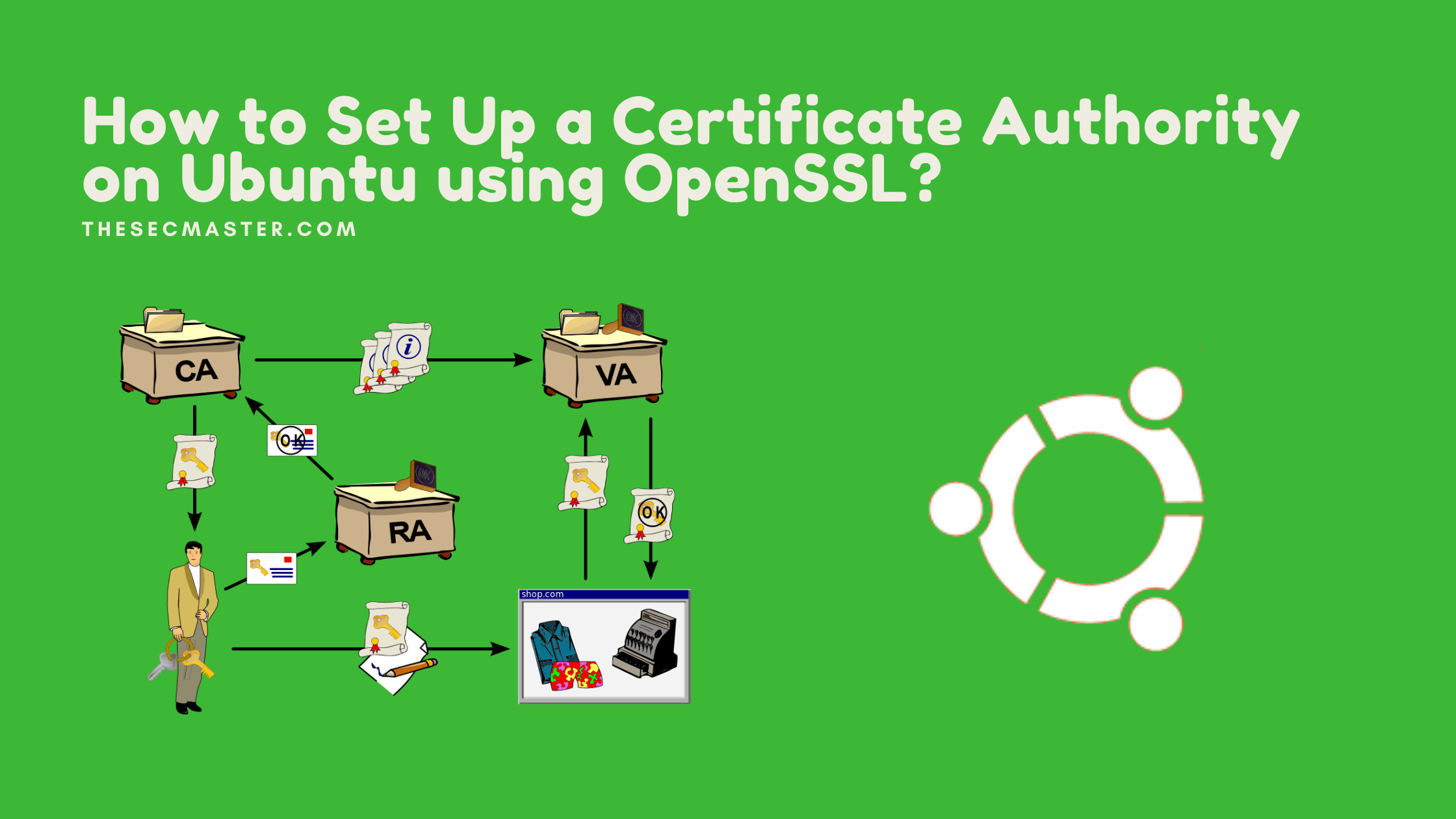 How To Set Up A Certificate Authority On Ubuntu Using OpenSSL?

A Certificate Authority is an entity in PKI whose responsibility is to issue, revoke, and maintain the database of digital certificates used to prove the identity of the object over a public or private network. Public CAs (Certificate Authority) are predominantly used to verify the identities of the websites and other web services. However, medium to large size organizations uses their own private CAs on their internal network to secure their network infrastructure. This post will guide you how to set up a Certificate Authority on Ubuntu using a built-in utility called OpenSSL. We also cover how to create a CSR (Certificate Signing Request) and issue a certificate on using your new CA for the CSR. Let’s begin.

What Is A PKI System?

Public Key Infrastructure, in short PKI, is a set of hardware, software, encryption technologies, and services used to create, manage, distribute, use, store and revoke digital certificates. The main purpose of the PKI system is to provide secure communication across the network by verifying the identities of legitimate resources.

What Is Certificate Authority?

A Certificate Authority is one of the main entities in PKI, whose responsibility is to issue, revoke, and maintain the database of digital certificates which are used to prove the identity of the object over a public or private network. The primary role of the CA is to digitally sign and publish a public key (certificate) bound to a given user, machine, application, and entity.

Note: PKI is itself often used as a synonym for a CA implementation. Moreover, the term trusted third party (TTP) might also be used for certificate authority (CA).

OpenSSL is a robust, commercial-grade, and full-featured software library which offers Transport Layer Security (TLS) and Secure Sockets Layer (SSL) services for applications. OpenSSL can be used in various tasks. It can be used to create cryptographic keys (private and public key pair), it can use be used as a full-stack Certificate Authority CA to issue the requested certificates. Moreover, it can also be used to generate self-signed and code signed certificates too. However, In this post, You will learn how to set up a Certificate Authority using OpenSSL.

OpenSSL is an open-source and cross-platform application available for Linux, Windows, macOS, and BSD systems. You can set up a Certificate Authority on any platform on which you will have OpenSSL.

Prerequisites To Set Up A Certificate Authority On Ubuntu

The prerequisites required to set up a certificate authority are very minimal. You just need a physical or virtual machine running Ubuntu. Anyways, OpenSSL is included in the default packages, so you may not be required to install it. You can make sure of the installation of OpenSSL by checking its version command.

If in case you don’t see OpenSSL installed on your Ubuntu. Run this command to install OpenSSL on Ubuntu.

Procedure To Set Up A Certificate Authority On Ubuntu

How to set up a certificate authority on Ubuntu?

This completes the procedure to set up Certificate Authority on Ubuntu.

Thanks for reading the tutorial post. We would encourage to try this and share comments. Let’s know for any queries. We are happy to answer.