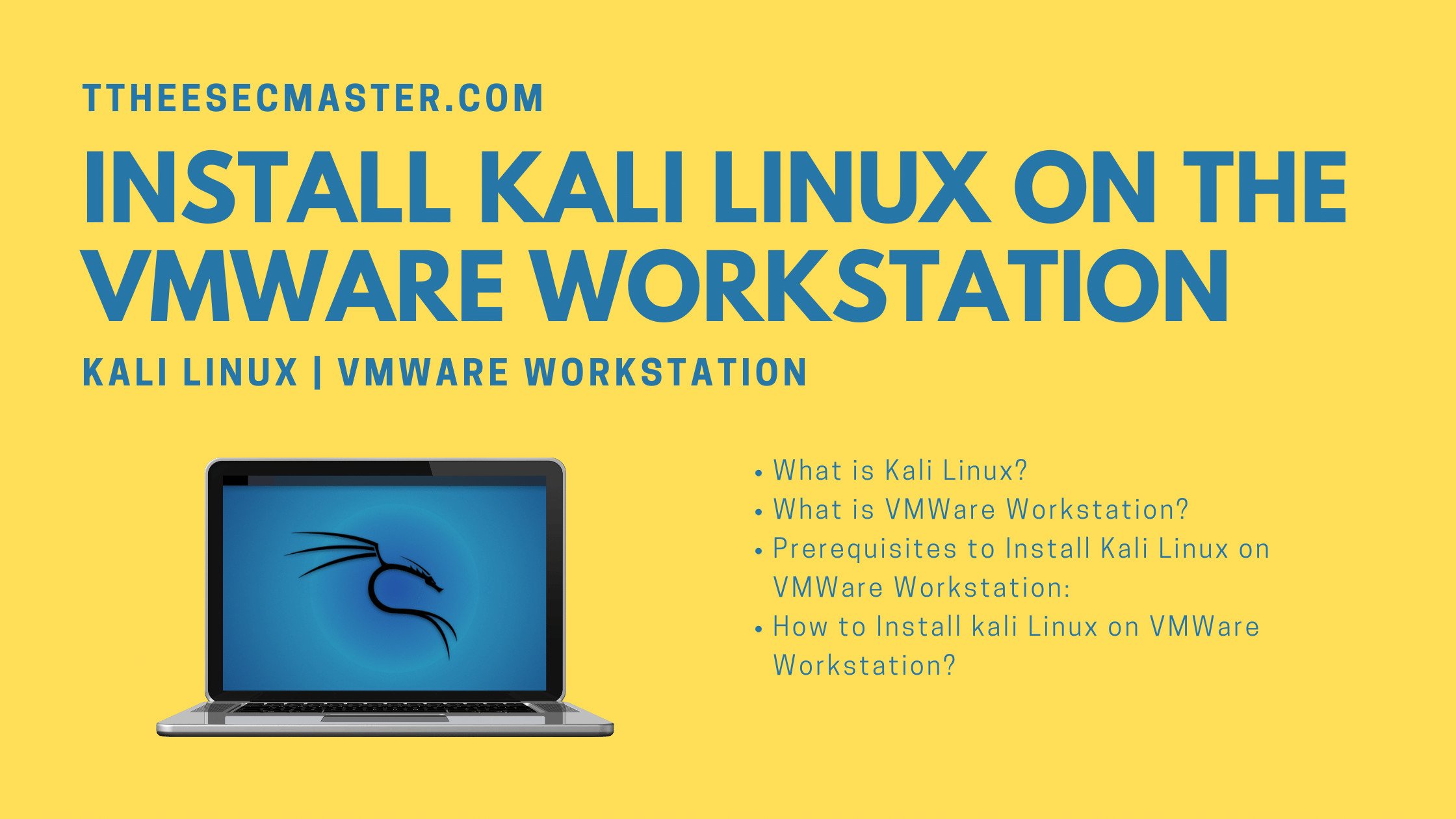 If you are into cybersecurity and you don’t even hear about Kali Linux, then you never be considered a cybersecurity professional. Don’t worry we are here to introduce you to the wonderful Linux distribution. Kali Linux is not a general-purpose desktop or server operating system. It is designed and developed to help cybersecurity professionals. Since it is not a general-purpose Linux distribution, it is not preferred to use as a host operating system. This doesn’t mean that you can’t install Kali Linux on your hardware. It’s recommended to install this on a virtual platform like VMWare Workstation, Virtual Box, WSL, or live boot. This post we have created to show you how to install Kali Linux on the VMWare Workstation.

What Is Kali Linux?

Kali Linux is an open-source Linux distribution built on the Debian platform like Ubuntu and Linux Mint. Kali Linux is not a general-purpose Linux distribution. It’s developed with a specific purpose especially for cybersecurity professionals, It has hundreds of utilities, applications, tools, software, and services that would be used by pentesters, security auditors, security testers, security researchers, cybersecurity forensics, threat hunters, reverse engineers, mostly the professionals found themselves in the cybersecurity landscape. Learn more about Kali Linux from here.

How To Install kali Linux On VMWare Workstation?

How to Install Kali Linux on VMWare Workstation?