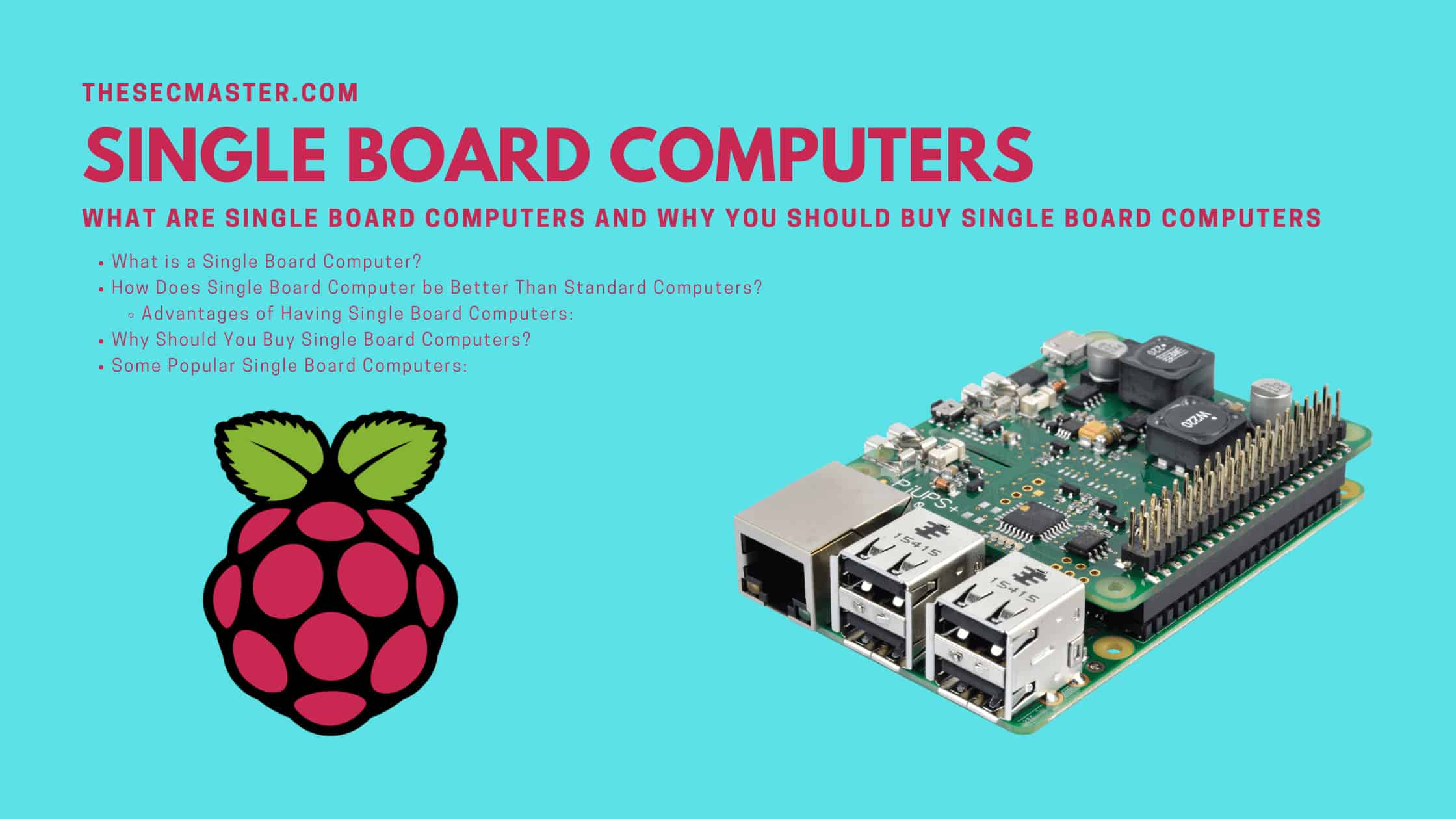 As technology grows, things are not becoming powerful but also smaller in size. In support of this, not a small credit card size computers are out there in the market. You can pretty much do anything with these small size computers that you do on your standard Desktop and Laptop computers. They are widely known as Single Board Computers. These are complete computer systems that are built onto a single circuit board. They typically include a processor, memory, input/output (I/O) interfaces, and sometimes power regulation and basic cooling elements. Let’s learn more about the Single Board Computers in this post.

What Is A Single Board Computer?

Single Board Computers come in several different form factors. The most common are the half-size and full-size boards, which follow the PC/104 standard. These boards can be stacked together to create multi-board systems. Other popular form factors include the 3U VPX, which is often used in military and aerospace applications.

An SBC is a computer that only has one main circuit board. All the other components are either built into the board or connected to it via cables. This makes for a much more compact and efficient design than a standard computer, which has multiple boards and components that can be spread out across a large case.

There are several advantages to using an SBC over a standard computer. One is that they use less power. This is because they don’t have all the extra components that aren’t needed for basic operation. They also tend to generate less heat, which means they can be used in environments where the temperature is a concern.

Another advantage of Single Board Computers is that they are easier to work with. When you’re troubleshooting an issue or making upgrades, you only have to deal with one board instead of several. This can save a lot of time and frustration.

Finally, Single Board Computers tend to be more affordable than standard computers. This is because they don’t have all the bells and whistles that many people don’t need or use. If you’re looking for a basic computer that will get the job done without breaking the bank, an SBC is a great option.

Advantages Of Having Single Board Computers:

Why Should You Buy Single Board Computers?

If you are looking for a powerful yet affordable computer, then you should definitely consider purchasing a Single Board Computer (SBC). SBCs are ideal for a variety of applications, including gaming, media streaming, and even light-duty web browsing and email.

Here are just a few reasons why you should buy an SBC:

So, if you are in the market for a new computer, be sure to check out Single Board Computers. You won’t be disappointed!

Some Popular Single Board Computers:

There are several manufacturers out there in the market. Some of them are:

We hope this post will help you learn about Single Board Computers, such as what a Single Board Computers is, how it is better than standard computers, its advantages over standard computers, why you should need these small computers, and finally, some popular ones manufacture in the market. Thanks for reading this tutorial post. Visit our social media page on Facebook, LinkedIn, Twitter, Telegram, Tumblr, & Medium and subscribe to receive updates like this.