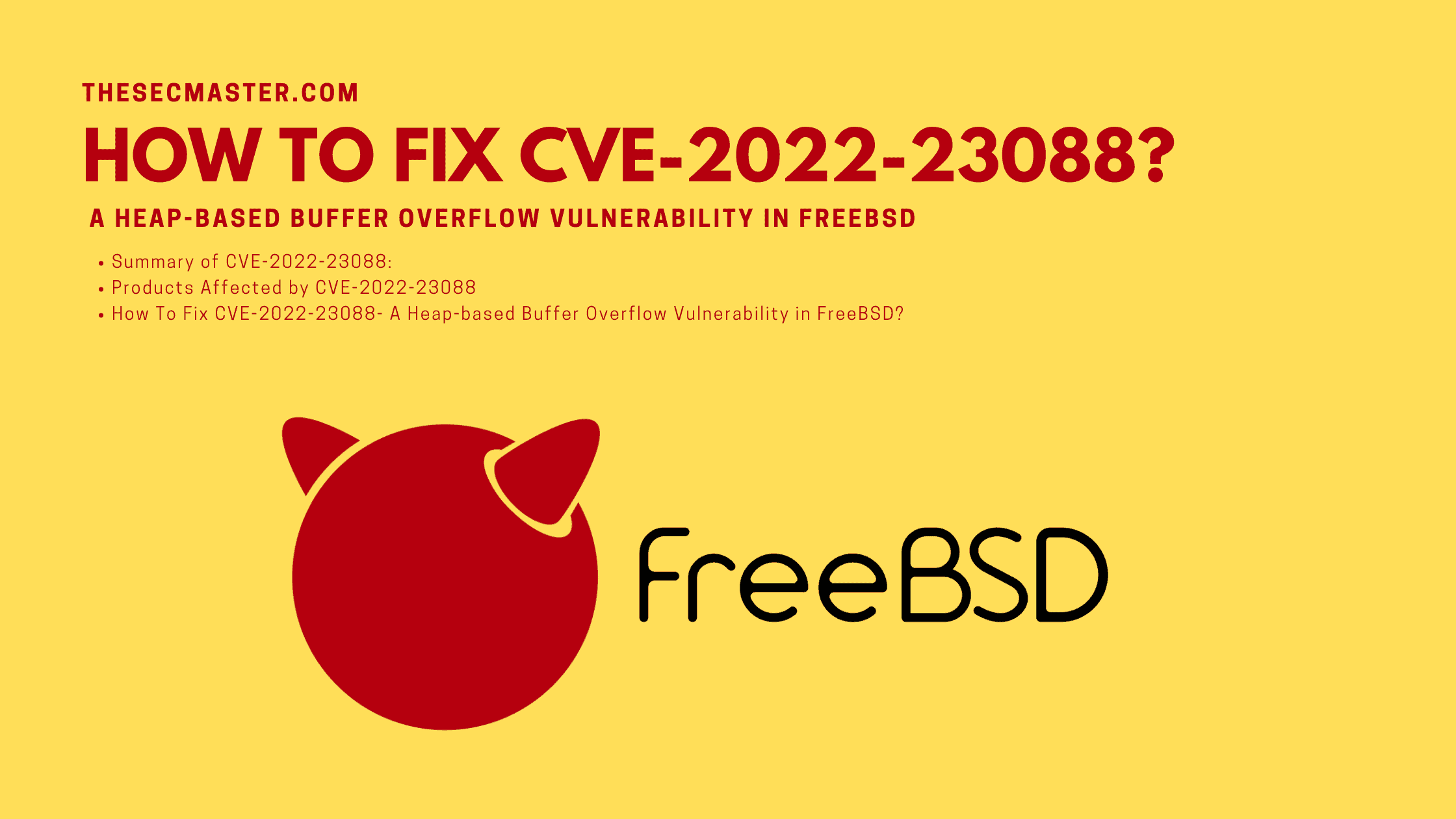 This is a heap-based buffer overflow vulnerability in FreeBSD. The flaw exists in FreeBSD’s net80211 kernel subsystem that provides infrastructure and drivers for IEEE 802.11 wireless (Wi-Fi) communications in FreeBSD Kernel. It is due to the failure of the 802.11 beacon handling routine validation process. “The 802.11 beacon handling routine failed to validate the length of an IEEE 802.11s Mesh ID before copying it to a heap-allocated buffer.”

This gap allowed network-adjacent attackers to execute arbitrary code on affected installations of FreeBSD Kernel. In other words, attackers can abuse this flaw to perform remote code execution attacks in the context of the kernel. security advisory says, “While a FreeBSD Wi-Fi client is in scanning mode (i.e., not associated with a SSID) a malicious beacon frame may overwrite kernel memory, leading to remote code execution.”

The flaw affects all supported versions of FreeBSD. So it is important to fix the CVE-2022-23088 vulnerability if you have FreeBSD machines in your infrastructure.

How To Fix CVE-2022-23088- A Heap-Based Buffer Overflow Vulnerability In FreeBSD?

The best way to fix the flaw is to upgrade your FreeBSD to a supported FreeBSD stable or release / security branch (releng) dated after the correction date, and reboot. The vendor has released the updates to fix the flaw.

If you look for a workaround solution until installing the patch, there is no workaround. However, toggling off the WiFi of the machine and connecting it through a wired connection may save you from the attacks since the flaw is in the WiFi module of the kernel.

It is simple to fix the flaw. All you need to upgrade to fix it. Let’s see how to upgrade FreeBSD system in a few simple steps.