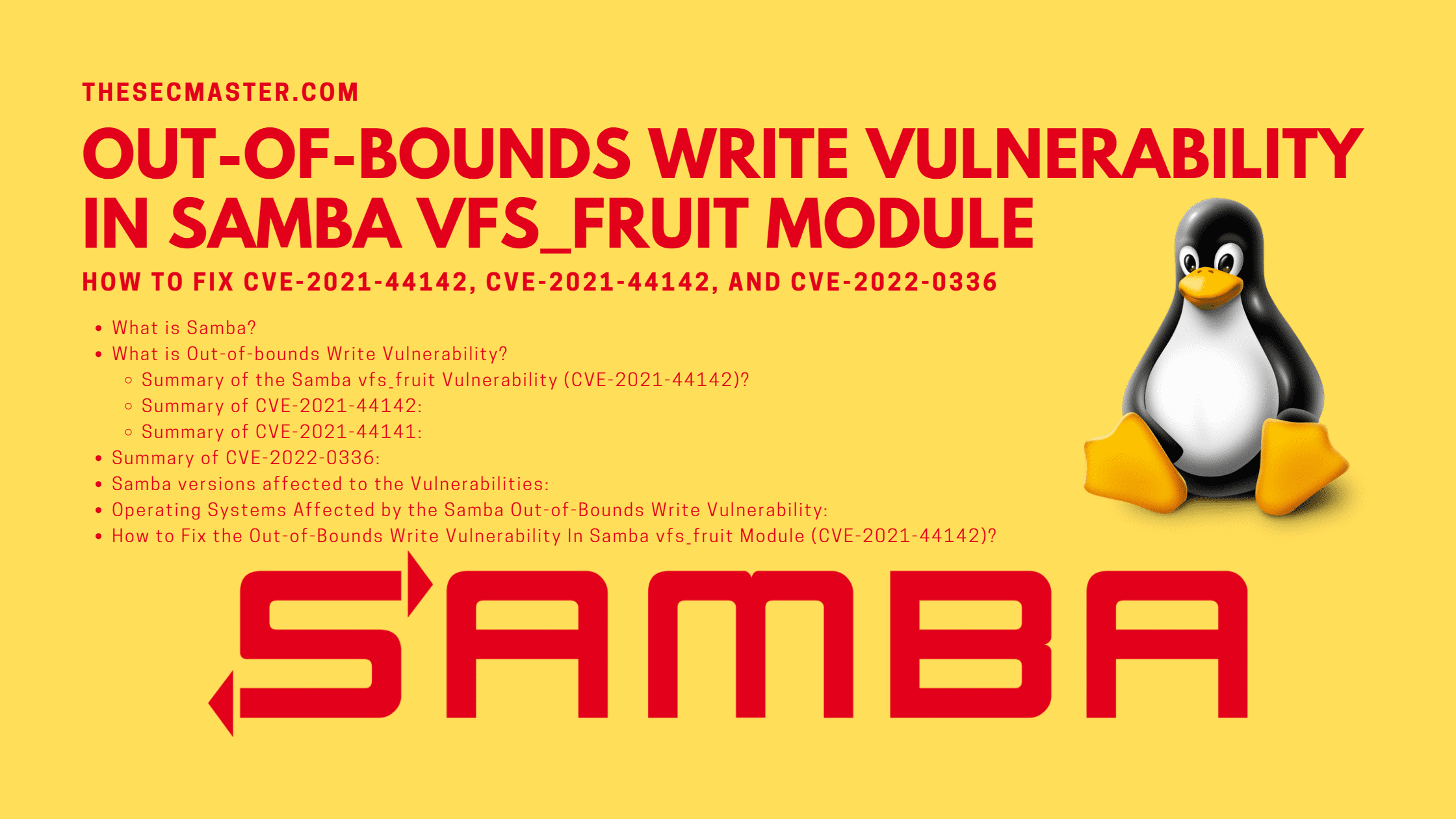 As the front page at samba.org says: Samba is a software package that gives network administrators flexibility and freedom in terms of setup, configuration, and choice of systems and equipment.

Samba is free software used to implement the Server Message Block (SMB) protocol. It’s used to share files over the network. It is also referred to as Common Internet File System, in short, CIFS. If you ask what platforms support this protocol. The answer is pretty much all. It supports Windows, Linux, and Mac. We have shown how to build a personal cross-platform file sharing server using Samba on a small computer like Raspberry Pi in a different post.

What Is Out-Of-Bounds Write Vulnerability?

A simple explanation for this is if a service or a program writes data outside of the boundaries of the buffer. That could be either beginning or after the end of the allocated buffer.

This could lead to many negative implications, which may include:

There are other three vulnerabilities that Samba addressed:

All versions of Samba prior to 4.13.17 are vulnerable to an out-of-bounds heap read/write vulnerability that allows remote attackers to execute arbitrary code as root on affected Samba installations that use the VFS module vfs_fruit.

Samba Versions Affected To The Vulnerabilities:

his table helps you learn versions affected by the respective vulnerabilities.

However, there is a workaround for those who can’t immoderately apply the patch. You just need to remove ‘fruit’ VFS module from the list of configured VFS objects in any “vfs objects” line in the Samba configuration smb.conf.

How To Fix The Samba vfs_fruit Vulnerability?

We hope this post will help you know How to Fix the Out-of-Bounds Write Vulnerability In Samba vfs_fruit Module (CVE-2021-44142) along with the other two CVE-2021-44141 and CVE-2022-0336 vulnerabilities in Linus machines. Thanks for reading this threat post. Please share this post and help to secure the digital world. Visit our social media page in Facebook, LinkedIn, Twitter, Telegram, Tumblr, & Medium and subscribe to receive updates like this.